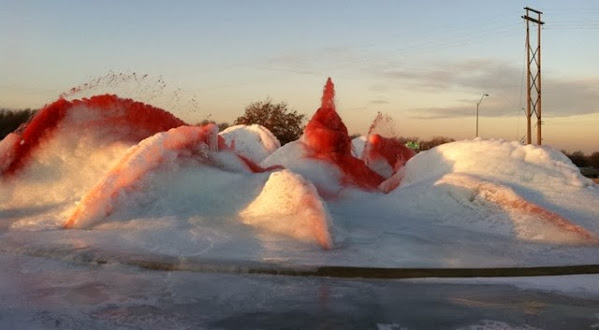 Medical scarcity amid the pandemic has inspired a political power move from some of the most prolific activists in Kansas City.

Whilst sharing blood is the new hotness amongst the young folks along with admitting that marriage is just another form of torture, it's understandable that the gift of life makes some people a bit squeamish.

Here's a nice gesture just in time for Valentine's Day . . .

“Any type of restrictions are still an act of discrimination against a group of people,” said Justice Horn, Vice Chair of the KCMO LGBTQ Commission.

The restriction came out of the AIDS crisis of the 80s.

“I think it upholds the idea and the stigma that people have -- not only the LGBTQ community at large but especially gay and bisexual men -- that their practices are unsafe,” said Horn.

The FDA is conducting a study on possibly changing the policy, something Horn hopes happens.

“I think when you are out there sounding the alarms for an emergency you can’t be selective on what exactly that aid and that help looks like,” said Horn.

WE HOPE THAT SCIENCE AND NOT POLITICS GOVERNS MEDICAL DECISIONS ABOUT THE BLOOD SUPPLY!!!

On this topic the margin of error could be so devastating and dangerous, it's worth hurting people's feelings.

This is a longstanding debate and there are actually a lot of weird rules about donating blood . . . At one time locals who traveled to Europe weren't allowed to donate for a year because of Mad Cow disease fear.

Still we understand concerns about discrimination and the hope is that screening for safety would be so advanced that demographic pre-screening wouldn't be a factor . . . But for now that's still that case.

Moreover . . . Selectivity when we're talking about SAFETY for EVERYONE shouldn't be seen as an affront but merely something that serves the greater good

JACKSON COUNTY, MO (KCTV) -- While many people around the country can just walk into a local blood donation center and give blood, members of the LGBTQIA+ community face an obstacle. Currently sexually active gay or bisexual men must abstain from sex for at least three months before they're allowed to donate blood.

Fun fact about the photo . . . That's a winter tribute to the Chiefs that turned out HORRIBLY WRONG not so long ago.