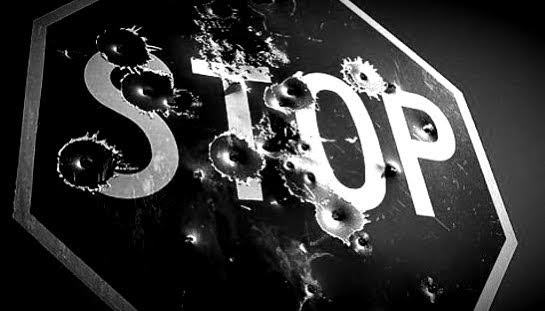 In January, locals have been quick to forget that this town still has a devastating and ongoing crime problem.

This morning at approximately 11:15am, officers were called to the 8000 block of Euclid Ave on a reported prowler.  While officers were enroute, the call was updated to a shooting.  Upon arrival officers located the victim, an adult male, suffering from apparent gunshot wounds behind a residence.  The victim was transported to the hospital in critical condition, however, he succumbed to his injuries and was pronounced deceased.

Detectives and Crime Scene Personnel have responded to the scene.  They will be processing the scene and speaking to witnesses.

Detectives have a person of interest detained.  Police are not looking for any additional parties involved at this time.

Here's the MSM news coverage on the incident . . .

Police are investigating after a deadly shooting Saturday morning.Officers were called to East 80th Street and Euclid Avenue on a reported prowler around 11:15 a.m.While on the way, the call was updated to a shooting. Officers found a man shot inside a nearby home. EMS rushed him to the hospital in critical condition.

KANSAS CITY, Mo. - One man is dead after a shooting Saturday morning in Kansas City, Missouri. Around 11:15 a.m., KCMO police responded to a report of a prowler in the 8000 block of Euclid Avenue. While officers were en route, the call was updated to a shooting.

Moreover, here's TKC peek at the national discussion on urban crime as of late from both sides of the aisle . . .

At least 12 major U.S. cities have broken annual homicide records in 2021 -- and there's still three weeks to go in the year. Of the dozen cities that have already surpassed the grim milestones for killings, five topped records that were set or tied just last year.

A new study published Thursday by a leading non-profit organization that focuses on gun violence prevention found that there is a direct correlation in states with weaker gun laws and higher rates of gun deaths, including homicides, suicides and accidental killings.


During the pandemic, gun violence has been devastating communities across the country

Big cities in the U.S. are searching for ways to stem the sharp rise in homicides that has occurred over the past two years. A close look at Chicago, where nearly 800 people were killed in 2021. SCOTT SIMON, HOST: Throughout the pandemic, a scourge of gun violence has devastated families and neighborhoods across the country, including Chicago.

President Joe Biden's Department of Justice will distribute $1.6 billion in grants to towns and cities to help reduce the dramatic rise in violent crime At least 12 major U.S.

Attorney General Merrick Garland on Friday said the federal government wants to create a "comprehensive" response to thescourge of gun crime that involves working more with cities and states. "At the Justice Department, we stand shoulder to shoulder with you in the fight against violent crime and we will use every tool at our disposal to protect our communities," Garland said in remarks to the U.S.