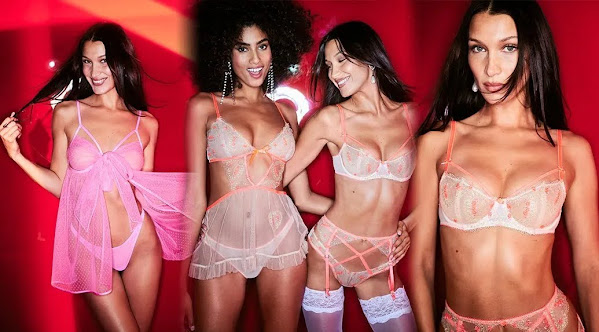 Yes we're running behind this week but right now these news links are worth a peek as hottie Bella returns to the fray and we offer more news than anybody else for Friday.

Thousands of Kansas City homes will soon be fueled by sunlight. Evergy is building its second solar array and its first in the Kansas City metro. The Hawthorn plant has powered Kansas City for more than six decades.

by: Makenzie Koch Posted: / Updated: LEAVENWORTH, Kan. - A former Kansas City Chiefs player died Thursday while being held in a Leavenworth prison, records show. Saousoalii P. Siavii Jr., better known as Junior Siavii, was charged in federal court in 2019 with three counts of illegally possessing firearms. He was being held in the U.S.

by: Sydnie Holzfaster Posted: / Updated: OLATHE, Kan. - This spring people who live within the Olathe School District boundary will get to vote on a new bond plan for the district. On March 1, residents will be asked to participate in a mail-in election to decide if the district can issue general obligation bonds.

In an interesting announcement from the Associated Press on Friday, six Kansas City Chiefs received votes for the prestigious AP All-Pro team - but no Chiefs were listed for the first AP All-Pro team, and only two on the second team.

"Joining the VS Collective was really about taking my power back and having the power over my body be released to myself again." Bella Hadid is kicking off her Victoria's Secret Collective ambassadorship by modeling red lingerie from the brand's Holiday Collection in a steamy new Instagram clip and photos.

We are officially in the horror movie where the monster never dies, the virus never ends and our next election sees Hillary Clinton vs. Donald Trump. Yes, the two most polarizing presidential nominees of modern times refuse to go away. Clinton and Trump are more alike than they realize.

Vice President Harris, on the heels of her Today interview , addressed the nation about the administration's Covid-19 strategy. The following is a rush transcript: My fellow Americans, Today is a day, the dawning of a day, and the time is now.

Biden didn't mean to offend senators by likening them to racists, Psaki says

White House press secretary Jen Psaki claimed Friday that President Biden didn't intend to offend senators by likening them to George Wallace, Bull Connor and Jefferson Davis - but simply meant to compare their actions to those of the infamous white supremacists.

The US has information that indicates Russia has prepositioned a group of operatives to conduct a false-flag operation in eastern Ukraine, a US official told CNN on Friday, in an attempt to create a pretext for an invasion.

Democratic California Rep. Ro Khanna criticized Twitter and Facebook for censoring the New York Post's story on Hunter Biden, saying the story should not have been blocked.

In 10 seconds, this animation shows the march of Covid-19 cases across the United States in the pandemic's most recent six months.

The notorious "pharma bro" Martin Shkreli can kiss the pharmaceutical industry goodbye. A federal judge ruled Friday that Shkreli must return nearly $65 million in profits he and his company received by dramatically gouging the price of the anti-parasitic drug Daraprim in the name of capitalism.


No Spin From El Papa

ROME (AP) - Pope Francis has long lamented that he can't walk around town unnoticed like he used to before becoming pope. But he seems to have nevertheless kept his sense of humor after he was caught on camera making an unannounced visit to a Rome record shop this week.

by: Makenzie Koch Posted: / Updated: KANSAS CITY, Mo. - Kansas City Chiefs fans going to Sunday's game against the Pittsburgh Steelers are in for an exciting show, and the home team won't even be on the field at the time. Tech N9ne is set to perform at halftime of the Chiefs' Super Wild Card Weekend game.

Kansas City, Missouri, Mayor Quinton Lucas is putting the best on the line in a bet over Sunday's big game.The best being some of Kansas City's signature, world-famous barbecue. Lucas is betting on the outcome of Sunday's AFC wild-card game against the Pittsburgh Steelers.If the Chiefs lose, Pittsburgh Mayor Ed Gainey will get a shipment of Joe's Kansas City Bar-B-Que.

Taste 200 restaurants in 10 days? Why your stomach (and hungry neighbors) will thank you

KC Restaurant Week begins Friday, running through Sunday, Jan. 23. Each participating eatery offers a $15, $35 or $45 fixed menu with multiple courses. "It's a big deal in Kansas City. Many of the restaurants feature items they don't usually have on the menu, so a lot of planning goes into this," said Carlos Mortera, founder of Poio Mexican BBQ.

Keep Them Coming: Sex toys to usher in the New Year

Illustration by Shelby Phelps It's my birthday month, and like many birthdays before, I don't know what to ask for. I mean, I know a new sex toy is at the top of my list, but what should I choose? While I already have a collection big enough to get me arrested a few times over in the state of...

Rain chances Friday afternoon and evening will change into snow overnight, bringing the chance for several inches of accumulation in the Kansas City area. Rain will switch over to snow just after midnight for the bulk of the metro, earlier farther north in areas like Trenton, Chillicothe, and St. Joseph.

Alesso, Katy Perry - When I'm Gone is the song of the day and this is the OPEN THREAD for right now.