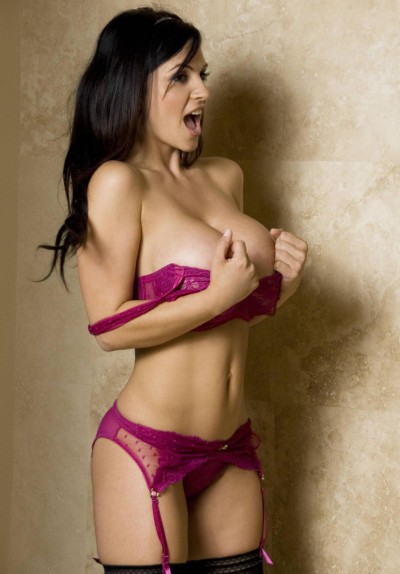 For close readers we share our celebration of hottie Denise and her body of work along with pop culture, community news and top headlines.

Fight To Hang Your Hat

After nearly two years of frenetic home buying, one of the area's top residential real estate brokers expects the market to cool in 2022. "I think the theme for '22 is going to be: It's still going to be a strong pace but not as frenzied," said Christian Barnes, principal owner and CEO of Better Homes and Gardens Real Estate Kansas City Homes.

Millions of people live in New York and swear they would never live anywhere else. Whether it's the bagels, the bodegas or Broadway, there's more to love about the Big Apple than most of us can experience in a lifetime.

by: Juan Cisneros Posted: / Updated: KANSAS CITY, Mo. - As the Kansas City Current prepare for their second season as a club, they continue to make moves in the front office. The club announced that on January 15, Camille Levin will take over as general manager.


Pandemic Prices Offer Reason Enough To Give Up Red Meat

WESTON, Mo. - Inflation has been a frequently discussed economic topic over the last few months, with prices increasing across various sectors. That includes beef, and it's affecting cattle ranchers in the greater Kansas City community. Up in Weston, one ranch is still navigating difficult terrain.

KANSAS CITY, MO (KCTV) -- As freezing winds blow through the city, a local church is converting its worship space into a shelter from the cold. Unity Southeast Kansas City converted its sanctuary into a warming center for nights where the temperature drops below 20 degrees.

BLUE SPRINGS, Mo. - Members of First Christian Church in Blue Springs will sleep outside for two nights, raising money and collecting donations as part of its annual "Freezin' for a Reason" event. The members build shelters on the front lawn of the church, emulating a houseless encampment.

A Kansas City staple pizza shop at the back of a Westport bar is getting new life starting next week.Joe's Pizza Buy the Slice at the back of the historic Kelly's Westport Inn will reopen Monday as GUY'S Deli & Pizza.Joe's owner Joe Addington recently retired after 24 years of serving up cash-only slices.

It was an unlikely love story without a happy ending. When MMA star Tito Ortiz began dating Jenna Jameson in 2006, it appeared a match made in heaven for the media, if not the couple themselves.

WASHINGTON (AP) - The Supreme Court is taking up two major Biden administration efforts to bump up the nation's vaccination rate against COVID-19 at a time of spiking coronavirus cases because of the omicron variant.

A former top aide to New York Congresswoman Alexandria Ocasio-Cortez warned that President Biden has continued to fail at connecting with the American people and could face a Democratic primary challenger in 2024.

Former President Donald Trump's new social media platform Truth Social is expected to launch on Presidents' Day, Feb. 21, according to the latest Apple App Store listing. Truth Social, which the 45th president announced in October, is the latest conservative alternative to large social media platforms like Twitter and Facebook, which the former president has repeatedly slammed for censorship.

Domestic extremists are adapting their online strategies to push disinformation and conspiracies despite a crackdown by social media platforms in the year since the attack by a pro-Trump mob on the Capitol. Online extremist groups and far-right influencers are using more coded language to slip through gaps in mainstream content moderation enforcement and are still active on alternative platforms that have risen in popularity since the Jan.

Three men were sentenced Friday after being convicted in the shooting death of Ahmaud Arbery, an unarmed Black man who was running through a mostly White neighborhood outside Brunswick. Travis McMichael, 35, was convicted in Glynn County of murder alongside his father Greg McMichael, 66, and neighbor William "Roddie" Bryan, 52 for the Feb.

Kazakhstan President Kassym-Jomart Tokayev has ordered security forces to "kill without warning" to stop the violent protests that have paralyzed the former Soviet republic.

A man in India says he's been injected with 12 COVID vaccines. He wants more shots.

An man in India says he has received up to 12 coronavirus vaccine doses and believes the shots have helped with his backaches and other health issues, according to multiple reports. Brahmdeo Mandal, a retired postman from the Indian state of Bihar, says he received nine of the shots he registered for using a national identity card.

NEW YORK (AP) - Sidney Poitier, the groundbreaking actor and enduring inspiration who transformed how Black people were portrayed on screen, became the first Black actor to win an Academy Award for best lead performance and the first to be a top box-office draw, has died.

Australian professional boxer Ebanie Bridges hilariously teased that her COVID-19 shot made her boobs appear bigger after posting a steamy selfie on Twitter. The Blonde Bomber has won seven of her eight professional boxing fights, with her only defeat coming to Shannon Courtenay last April in London.

Where Patrick Mahomes thinks he's grown the most in 2021

With 16 games in the book and one to play, Kansas City Chiefs quarterback Patrick Mahomes was asked to name his greatest area of growth from the 2021 season. In 2021, Mahomes faced more adversity than he has during any of his four years as starter - with opposing teams playing more double-high coverage and challenging him to work in the short-to-intermediate areas.

Can Bobby Witt Jr. be the KC Royals' Patrick Mahomes?

He may look younger than his 21 years and he's short on professional baseball experience, but Bobby Witt Jr. is the most talked about prospect in the rejuvenated farm system of the KC Royals.

Head chef and "Burger Boy" Jacob Kruger opened the eatery-within-a-bar in October 2020, quickly becoming a neighborhood staple in Waldo, despite the pandemic. Now the handcrafted burger stand has its patties plated for a new spot in a popular Western Johnson County hub.

A Kansas City artist and poet hope to inspire change with exhibition promoting love, instead of war

In the 1970 protest song, Edwin Starr asked the question: "War ... what is it good for?" It's a question artist Ada Koch has grappled with since childhood and continues to explore in an exhibition at Leedy-Voulkos Art Center.

Photos courtesy Euston family September 2021 marked the 50th anniversary of a hardware store legacy in South Kansas City. Countless people have relied upon the expertise of their managers, part-time employees and retirees. We've all been there- sauntering into one of their stores with a strange, broken unidentified screw that fell off of your latest home improvement project.

COMING IN BY TOMORROW MORNING TEMPERATURES STAYING STEADY IN THE STUDIES WE'LL SEE THAT SOUTH THE SOUTHEAST WIND AT 10 TO5 1 MILES AN HOUR WITH THOSE THICKENING CLOUDS BEFORE DAYBREAK MORNING TEMPERATURES GO ING TO BE TOUGH, BUT I THINK THAT WE WILL PROBABLY STAY IN ETH TEENS TO THE NORTH MARYVILLE IN TRENTON7S 1 BOTH 22 FOR OLATHE 24 TO BEGIN THE DAY IN CLINTON.

The Weeknd - Sacrifice is the song of the day and this is the OPEN THREAD for right now.