Kansas City Chiefs Stay Losing 27-24 To Bengals: Who Should We Blame?!? 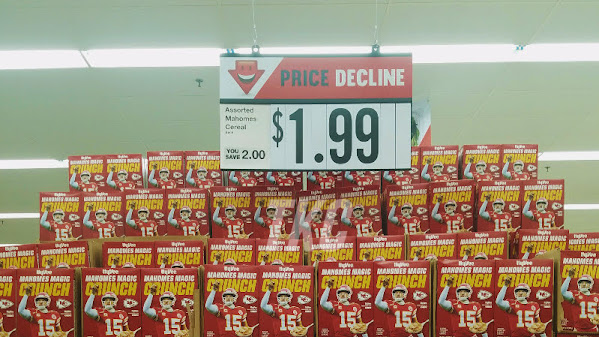 TKC has a few suggestions for placing blame that start with so many b-list brands and every elected official who jumped aboard the team's bandwagon in the past few years.

But, ultimately it's up to our KICK-ASS TKC BLOG COMMUNITY to serve as the voice of reason.

Even better, friend of the blog Super Dave shares a bit of wisdom in this darkest hour of the Kansas City COVID winter 2022 . . .

"The Chiefs got a taste of their own overtime medicine . . . Here's a prediction I made back in September:

"What's interesting is a lot of the predictions by sports reporters are not as positive of the Chiefs winning the 2022 Super Bowl as, say, Vegas is . . . I say they will win the division maybe make the Super Bowl but be defeated again the second year in a row. There are three really strong teams the Chiefs need to watch this year who I think can be the ones to easily take another Super Bowl win away from the Chiefs. - SD September 10, 2021"

Let's not forget that back in August of 2021 Patrick Mahomes was predicting an undefeated season.

And here we are, a great many disappointed Kansas City denizens who might be overlooking all of the good times this season held.

And so we hope to comfort Chiefs fans, hope they keep their heads held high and enjoy a constant Kansas City sports fan refrain . . .

Obviously . . . We blame Jackson Mahomes for all of this.

WE'RE KIDDING!!! Even our silly post title only hopes to poke a bit of fun at the worsening Internets culture of trolling that has also gripped the world of politics.

Accordingly, here are a few of our favorite TKC news items from today's game . . .

It was easy to forget after back-to-back Super Bowl appearances the past couple of years, but the Kansas City Chiefs have a tortured playoff history.

KANSAS CITY, Mo. (AP) - Evan McPherson kicked a 31-yard field goal with 9:22 left in overtime after Joe Burrow kept his cool while leading a furious second-half comeback to get the Cincinnati Bengals to the Super Bowl for the first time in 33 years with a 27-24 victory over the Kansas City Chiefs in the AFC championship game Sunday.


Chiefs lose to Bengals 27-24 in overtime in AFC Championship

KANSAS CITY, Mo. - A Patrick Mahomes interception in overtime helped the Cincinnati Bengals seal a trip to the Super Bowl for the third time in franchise history. The Bengals won the AFC Championship, defeating the Kansas City Chiefs 27-24. The Chiefs jumped out to a 21-3 lead by the middle of the second quarter.

The Kansas City Chiefs - coming off of a win in what some have called the greatest game ever played - had one more task in front of them to advance to a third consecutive Super Bowl. The Cincinnati Bengals - who in Week 17 were the last team to defeat the Chiefs - loomed in the AFC Championship game.

KANSAS CITY, Mo. - The Kansas City Chiefs are the only team to host four straight AFC Championship games. While this year's title game didn't turn out as Chiefs Kingdom expected, several players reached new records during the game. Quarterback Patrick Mahomes led the team down the field and scored touchdowns on the Chiefs first three drives of the game.


On to the Super Bowl: Bengals stun Chiefs with comeback

Two years ago, the Cincinnati Bengals were the NFL's worst team. Now they're headed to the Super Bowl. Matching the biggest comeback in an AFC championship game, the Bengals rallied from an 18-point hole to stun Kansas City 27-24 in overtime Sunday for their first trip to the big game since the 1988 season.

The Cincinnati Bengals caught a bad break early in Sunday's AFC championship game that might have cost them points. Trailing the Kansas City Chiefs, 7-0 after the latest rendition of Patrick Mahomes wizardry, the Bengals looked to answer with a drive into red zone on their second possession.


KC Chiefs vs. Bengals: Depressing takeaways from a complete meltdown

The Kansas City Chiefs came into Sunday's game as the favorites to head to their third consecutive Super Bowl. The Cincinnati Bengals were having none of it.

With five seconds remaining in the first half of the AFC championship game, the Kansas City Chiefs led the Cincinnati Bengals 21-10. The Chiefs were at the Cincinnati 1-yard line, but no timeouts remained. Chiefs head coach Andy Reid sent the offense onto the field.


Look: Patrick Mahomes Has A Promise For Chiefs Fans