Here's a power move worthy of a headline and a sign of a young person investing quite a bit in the future of Kansas City.

For those who don't know . . . Justice Horn is a rising star local activist, a member of the Kansas City LGBT Commission who gained prominence during the BLM uprising/riots and is now campaigning for a spot on the Jackson County Legislature. 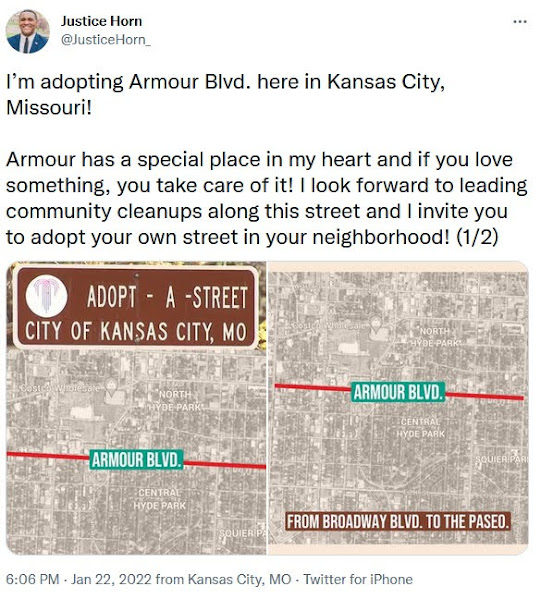 Sure, it's part of his ongoing campaign but it also puts him front and center for criticism and in the midst of this town's most fickle group of residents comprising nearly EVERY DEMOGRAPHIC in Kansas City.

Midtown Kansas City has a reputation for constant complaints, skepticism and outright disdain for even the most convincing politician.

So we're not sure this is a good move but it's certainly a noteworthy effort.