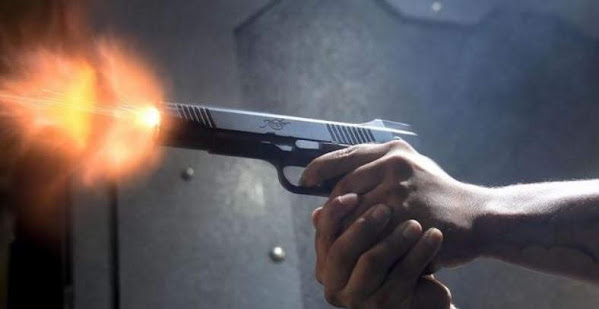 More violence this week in otherwise peaceful Kansas suburbs reminds us that even enclaves far away from the urban core must cope with rising gun violence.

The victims tell police that two people, who they know, came to the house and a dispute happened. During the altercation the victims were shot by one of the suspects, who were described as a white male and a black male, both in their late teens to early 20s. They ran from the scene in a white vehicle, possibly a Ford Focus with black painted wheels or missing all four hubcaps.

Two people taken to hospital with injuries after shooting in Shawnee

SHAWNEE, Kan. - Police are on the scene investigating after two people were injured in a shooting Thursday evening in Shawnee, Kansas. The shooting was reported just after 5:30 p.m. near W. 51st Place and Noble Street, just east of K-7.

KANSAS CITY, Mo. - The Shawnee Police Department is investigating a shooting that left two people injured on Thursday evening. Officers responded to the 5100 block of Millridge Street at around 6 p.m. The circumstances surrounding the shooting weren't immediately available, but the two victims were located in that area.

Police in Shawnee are investigating a shooting that injured two teenagers Thursday evening near 51st Street and Monticello Road.Authorities said officers were called about 5:30 p.m.


Suspect arrested in connection with Thursday double shooting in Shawnee

KANSAS CITY, Mo. - Shawnee police have arrested a 19-year-old suspect in connection with a double shooting that occurred around 6 p.m. Thursday evening. The two victims of the shooting are both in stable condition, and one has since been released from the hospital.