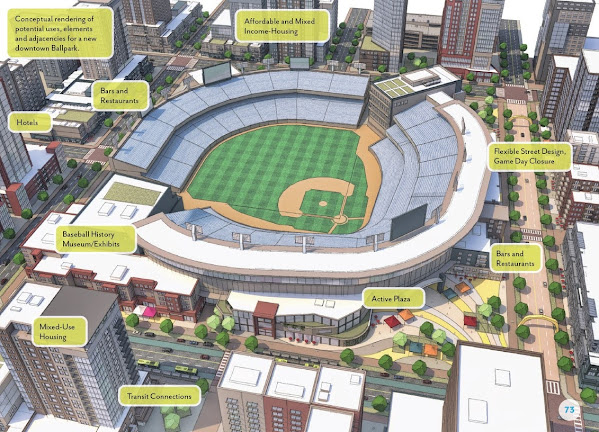 This bit of hype hit the news cycle this week by way of a group of elitists who enjoy government welfare without any of this stigma endured by people who didn't go to a lower-tier out of state university.

"The group, which represents residents and businesses in and around downtown Kansas City, unveiled a 10-year plan for the area on Tuesday. It includes more than 180 recommendations to make downtown more livable, connected and prosperous.

"Those include everything from adding more east-west connections, the installation of more art and public parks, and a new downtown stadium for the Kansas City Royals."

THE HORRIFIC PUNCHLINE IS THAT THIS EPIC TAXPAYER GIVEAWAY IS BELIEVES THAT A STADIUM NEAR THE LOOP WITH CREATE A 'MORE EQUITABLE' DOWNTOWN!!!

Unless they're talking about putting EVERYONE in the poorhouse . . . They might actually be insane or some of the most malevolent people this town has ever hosted.

Imagine! Downtown KC leaders reveal plans for 2030 Vision of an equitable, inclusive, vibrant Downtown "Imagine." Could there be a more inspiring way to contemplate tomorrow? Over the last 22 months, hundreds of Downtown area business, civic, governmental and neighborhood leaders banded together to do just that.

Downtown Kansas City looked just a touch different in the summer of 2005, the last time stakeholders rolled out a fully fledged roadmap to guide its trajectory. At the time, the city's only streetcar tracks were relics buried under the pavement. The Kansas City Power & Light District had yet to break ground.