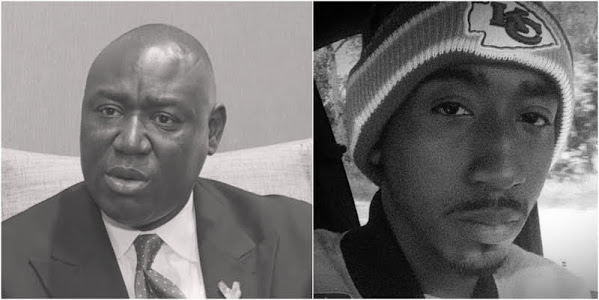 Here's his argument and possibly a sign of hope . . .

FOX4 asked Crump whether he thinks there is racism and misconduct within the Kansas City, Kansas and Kansas City, Missouri police departments.

"Here in Kansas City we saw the conviction of the police officer who killed Cameron Lamb, so I think what it signifies to us is we are trying to reach those principal foundations of America that every citizen is due liberty and justice," he said.

Crump said his prayer is to one day dismantle his law firm’s police brutality division.

KANSAS CITY, Mo. - At a young age, Ben Crump realized the disparities he had as a Black person and the struggles people of color faced. He was inspired by civil rights lawyer Thurgood Marshall, who dismantled segregation and became the nation's first U.S. Supreme Court Justice.