Are You Too Emotionally Invested In The Kansas City Chiefs?!?! 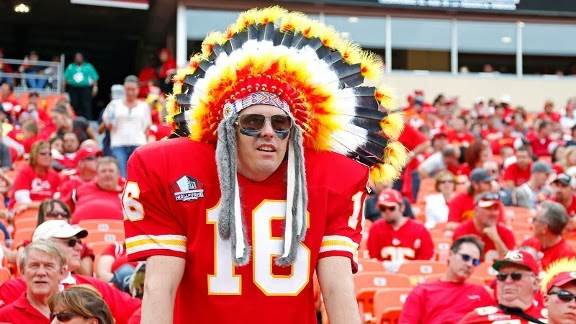 But Kansas City has always been carried away by sport hype.

Accordingly, we hope that our blog community realizes that there's always a "game of the century" nearly every week.

With that TKC shares some of our favorite Chiefs football links that might help fans gain a bit of perspective . . .

Damon Arnette, 25, of the Kansas City Chiefs was arrested in Las Vegas Friday night for menacing a parking valet with a gun. The NFL cornerback allegedly tried to access a car without a valet ticket at the Park MGM on Las Vegas Boulevard and then whipped out a gun when he was approached by the valet.

There was a special Chiefs drone show Saturday evening in the sky above Union Station.


Tyreek Hill fined second week in a row, this time for throwing up peace sign

KANSAS CITY, Mo. - For the second week in a row, the NFL fined Kansas City Chiefs wide receiver Tyreek Hill for an on-field act, this time for $10,300. The first fine was for unsportsmanlike conduct after using pom-poms for a touchdown celebration against the Pittsburgh Steelers.


A Chiefs Win and Memories That Will Last a Lifetime

The day was Sunday, January 23, 2022. It all started early in the afternoon with a 16-12 overtime victory for the home team. This is in reference to my nine-year-old daughter's recreational league basketball game. It was back and forth battle that swung with late-game heroics and, ultimately, a win for her team.


Bengals vs. Chiefs AFC Championship: time, TV and how to watch live online