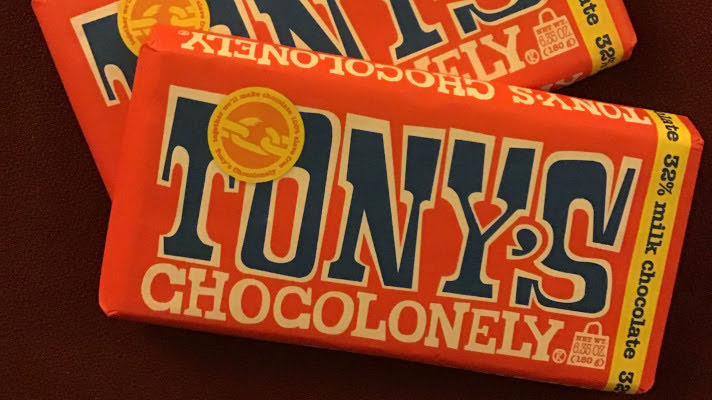 We're not going to go with a full run down in this quick post but we wanted to offer a quick peek at some of the more interesting links we've been reading tonight.

THANKS TO THE BEST & BRIGHTEST TKC READERS FOR SENDING HOLIDAY BOOTY!!!

This was a welcomed surprise and a bit of a teaching moment . . . I didn't know this Tony company was actually trying to make chocolate production a bit nicer. For the holidays we won't promise to be nice but gestures of kindness are always impressive and very much appreciated!!!

KANSAS CITY, Mo. - Dozens of people gathered in Kansas City, Missouri, on Tuesday to remember those who've lost their lives while experiencing homelessness. It was part of nationwide event known as National Homeless Persons' Memorial Day. Every year, the Greater Kansas City Coalition to End Homelessness hosts the event on the winter solstice, which is the longest night of the year.

KANSAS CITY, MO (KCTV) -- The Kansas City Police Department has identified the man who was fatally shot overnight. According to the KCPD, officers were called to the 8700 block of N. Kansas Place just after 12:30 a.m. Tuesday. That address appears to be part of Barrewoods Apartments.

Two years ago today a Leawood, Kansas man was shot and killed as he sat in a car. Police are asking for your help because whoever did it is still out there. None of the evidence collected two years ago has led police detectives to any solid answers about who killed Zachary Morrisey.

(Image credit: GIPhotoStock via Getty) The world's first injectable medication to reduce the risk of acquiring HIV has been approved by the Food and Drug Administration (FDA), the agency announced Monday (Dec. 20). The injectable drug - called Apretude or its generic name, "cabotegravir extended-release injectable suspension" - provides an alternative to daily pills for prevention, such as Truvada and Descovy.

Mediaite's Most Influential in News Media 2021

The year started with an attack on the U.S. Capitol. It's ending with the emergence of a frightening new Covid variant. And in between, 2021 was a very different year in the news. It was different largely because Donald Trump, for most of the year, was not the president.

Life expectancy in the U.S. dropped by almost two years last year amid the COVID-19 pandemic, representing the biggest single-year decline in more than 75 years, according to finalized statistics from the Centers for Disease Control and Prevention.

Israel has recommended that all people over 60 be given a fourth dose of the Pfizer-BioNTech coronavirus vaccine, amid concern over the rapid spread of the Omicron variant.

U.S. hospitals are once again 'at a breaking point' with delta and omicron

Every morning in the Minneapolis metropolitan area, 200 to 400 people wait in an emergency room for a bed to come open. "That's the highest number ever," said Dr. J. Kevin Croston, the CEO of North Memorial Health, which operates more than two dozen health care facilities in the area.

The legendary Sting met up with Jon Hart via Zoom to chat about his new, aptly titled album, "The Bridge."


Beer Spilled In The Dotte

This Bud's for you?: Budweiser semi loses its trailer on Interstate 70 in KCK

KANSAS CITY, KS (KCTV) -- A Budweiser semi lost its trailer just off of Interstate 70 in KCK on Tuesday morning, shutting down an exit while authorities worked to clear the scene. Police were called at 7:39 a.m.

Norah Jones - Christmas Calling was the song of the day and this is the OPEN THREAD for right now.