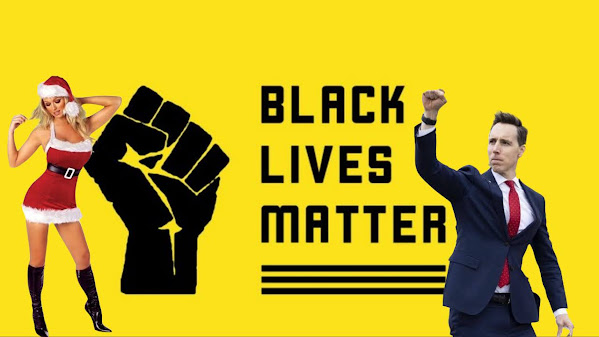 In what could be the premise for the worst holiday movie of all-time . . . The freshman Missouri Senator is now shaking his fist at social justice activists in order to protect Santa and credit-card busting shopping sprees that might or might not glorify the legacy of our Lord & Savior.

As usual, it's all just bad theater but it's pretty entertaining and we're surprised that our local progressive pals haven't picked up the story that seems much more fun than watching the same half dozen angry people yell at the cops.

His comments come in response to Black Lives Matter's "Black Xmas" campaign that urges consumers to only purchase Christmas and holiday goods from Black vendors. Amazon, Microsoft, Intel and Airbnb are among the major corporations that have announced donations to the Black Lives Matter movement.