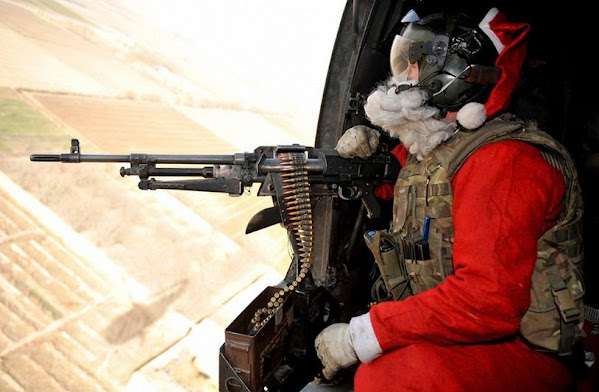 Most of our readers have seen this one but it didn't merit as much discussion as we thought . . .

Agree or disagree, what we like about this card is the unabashed viewpoint and strong political stance.

It might not be TKC's style . . . But there's no denying that it makes a very clear statement:

The state senator says his message in the card is clear and to the point.

"It’s not meant to be offensive to anybody. It’s more so to send a message of where we stand on the Second Amendment,” Missouri State Senator Rick Brattin said.

The card features Brattin's family holding real weapons, like shotguns and assault rifles. Even the youngest of the group has a gun in their hands.

"I would much rather train my children to know and respect the tool in which they’re handling that way there is no such tragedy that occurs or accident," Brattin said.