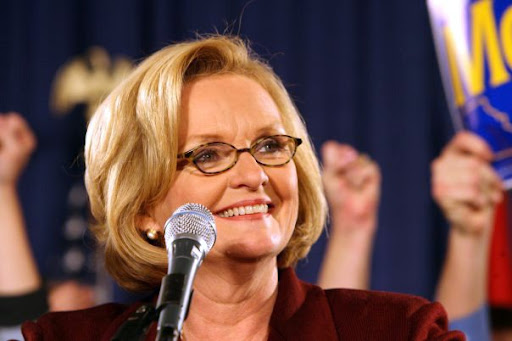 Suggested by a reader, this note is only interesting to TKC because it offers a glimpse at the middle-class watching cable news and dabbling in spy games whilst everyone else worries about paying for groceries amid worsening inflation.

Interestingly, whilst a growing number of conservatives have recently become intrigued by Glenn Greenwald, he actually started out as an alt-left pundit for The Intercept. Accordingly, here's his jab at the former Missouri Senator and her cable talk show gig . . .

"On December 10, MSNBC aired a segment on Morning Joe — a purported news report featuring its host Joe Scarborough, the former GOP Congressman from Florida, and its regular paid contributor Claire McCaskill, the former two-term Democratic Senator from Missouri — that packed one lie after the next into two short minutes. The duo was purporting to explain to its audience the implications of last week's ruling by a British court approving the Biden DOJ's request to extradite Julian Assange to the U.S. to stand trial on espionage charges in connection with the 2010 publication by WikiLeaks, in partnership with numerous mainstream media outlets, of a cache of secret documents revealing various war crimes, lies and corruptions on the part of the U.S. and UK governments and their allies."

The war on "disinformation" is now one of the highest priorities of the political and media establishment. It has become the foundational justification for imposing a regime of online censorship. Around the world, new laws are being enacted in its name to empower the state to regulate discourse.