Not every crime earns mainstream media coverage and right now we start our news day after a recent night of scary broken glass in an otherwise beautiful nook within the Kansas City metro.

The d-bags with no class who read this blog might not know it but Kansas City is home to several antique districts where upscale shoppers can look for bargains, rare finds and unique items that aren't mass produced by Asian toddlers for local box stores.

Sadly, a nearby shopping district was hit by criminals recently and they shattered the sense of security of a cozy little community.

Again, the antique district at 45th and State Line is pretty well hidden from local crooks but that didn't stop enterprising criminals from nearly destroying the Pendleton Jewelry store in KCK at the outset of this week. 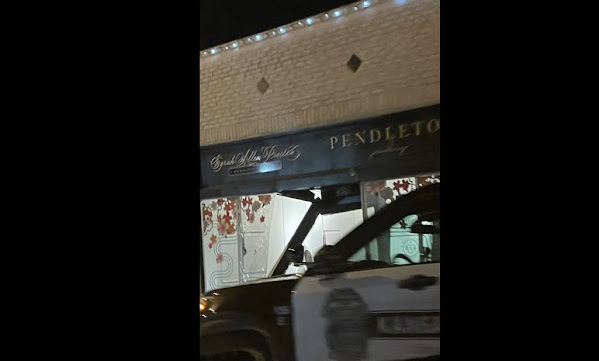 Owners confirmed the destruction via social media and offered a bit of reassurance.

Here's a quote from their note:

"I am devastated to share that our shop was broken into last night.

"No one was injured, no jewelry was taken, but the damage to the store is significant. It will take us weeks, maybe months, to recover."

Here at TKC we hope they can get back up to speed quickly.

We share this note so that readers can understand that recent nationwide news about "high impact" retail robberies increasing during the holiday season isn't just a faraway big city phenomena from national news sources but a trend that has also hits home.