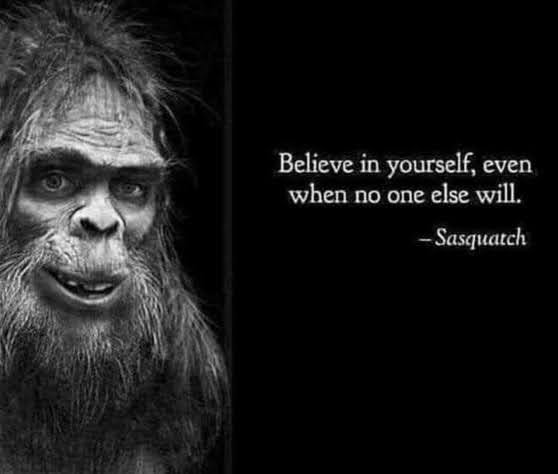 Or at least his EPIC footprints . . .

Internets dox are noticing an uptick in reports regarding the North American mystery forest dweller.

A Sasquatch Theory episode released earlier this month took a tour with a member of the SEMO Bigfoot group. That member showed the documentary maker around an area where there were some bigfoot tracks that he says would normally be seen with the naked eye without property tracking abilities.

The episode also discussed theories and possibilities regarding the Sasquatch and its odd behavior.

The show notes also list at least 14 Bigfoot reports out of Missouri.

ST. LOUIS - Is Bigfoot lurking in the forests of Missouri? The answer is yes according to a new documentary by the "Sasquatch Theory". The YouTube channel just released two new episodes focusing on sightings in Missouri. One of the episodes talks to four men who report sightings around the Mark Twain Forest area.