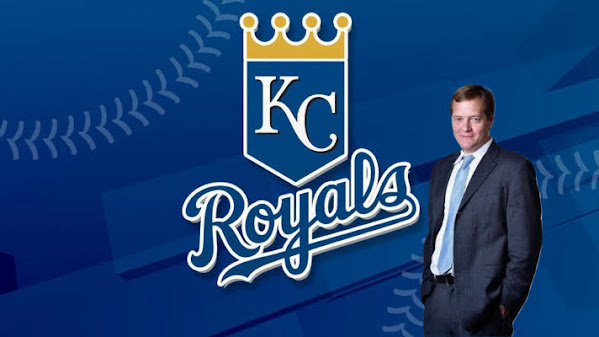 Overall this is a smart move for a sports columnist stuck in a fading dead-tree institution.

When newsies jump to local corporations it's generally regarded as a sell out.

Sports talker Kevin Kietzman offers an explainer and best wishes given that we can all understand why getting a more secure paycheck would be important . . .

"Kansas City Star columnist Sam Mellinger is leaving to join the Royals as Vice President of Communications.  A typical reaction may be that it seems a little slimy to have a journalist selected by a team but that's far from the case here.  Mellinger has been tougher on the Royals than anyone through the years and they recruited him for this position out of respect."

KANSAS CITY, MO (KCTV) -- Longtime Kansas City Star sports columnist Sam Mellinger will be the Royals' new PR head, the newspaper announced Tuesday morning. Mellinger, who has been with the Star for 21 years, "will leave his current position Dec. 20 to take on the title of Royals Vice President of Communications," according to the paper.

Actually, we trust KK's analysis and, again, leaving one fading corporations for a more secure employer is probably wise.

Mellinger's AMAZING columns and unique perspective will be missed . . . Because nobody is going to believe or read the constant corporate hype and "we'll get'em next season" pressers he'll be forced to write for the bottom dwelling organization that only got lucky once by way of moneyball.