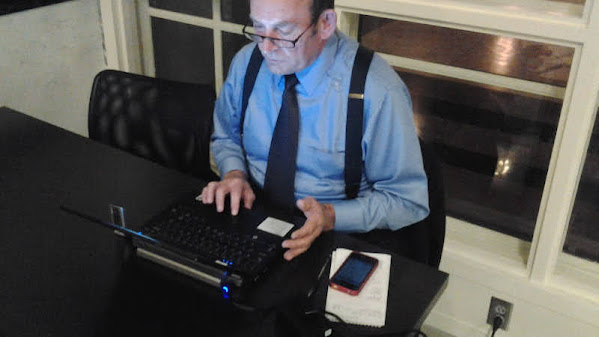 He's one of the few people we admire here at TKC but we want to mark this career milestone with something better than all of the social media chatter . . .

Mahoney joined KMBC in 1980 as a feature reporter. His hard work and ability to own every story led him to other assignments, and eventually to his favorite: Politics. He covered everything from local municipal races to presidential elections. He has covered every American president since Jimmy Carter, was on a first-name basis with George W. Bush and was on a last-name basis with President Joe Biden who once greeted Micheal with: “I’m Joseph R. Biden. You’re Mister Mahoney. Happy Saint Patrick’s Day.”

Late night readers are welcomed to leave a nice comment for a local reporter who ranks amongst Kansas City's very best.

"...and that's my minute."He's been a mainstay on Kansas City television airwaves for more than 40 years. After a storied career with KMBC 9, Micheal Mahoney is hanging up his tie and will retire from his day-to-day duties with KMBC on Dec. 17.