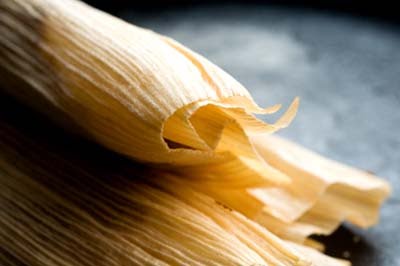 I can only hope that Latino who was forced to write assigned a Christmas tamale didn't suffer too much eyestrain whilst typing up a condescending local "discovery" piece that's older than your abuelita grandma . . .

"Few foods have such devoted followings as tamales, especially among Latinos. For families all around Kansas City, making them is a chance to embrace their culture and pass down a tradition."

We're only linking this one because it might inspire more adventurous souls to branch out and send a few bucks to a church group . . .

For Latinos in Kansas City, Christmastime is tamale time

Tamales have been a part of Manny Abarca's life since he was a kid. His family has been making them for at least four generations, sometimes cranking out thousands of tamales between Christmas and New Year's Day. Tamales even helped Abarca connect with his fiancee.

Brief aside for anybody who really reads these posts closely . . .

We know Manny, we think he's a good guy, a tireless community volunteer and a young man with a very bright future who has his heart in the right place . . .

But local elected officials and politicos need to stop participating tamale stories in 2021 and beyond.

Yes, it make might make a person SEEM more likeable but it's also a strategy that was played out in 1958.

It's okay to be picky about that stuff and not make a bit deal about it. Little known fun fact, actor Freddie Prinze remains a Puerto Rican legend because, despite his own personal turmoil and often desperate circumstances . . . He refused to play drug dealers or pimps even if there were tons of roles he could have taken for easy money. 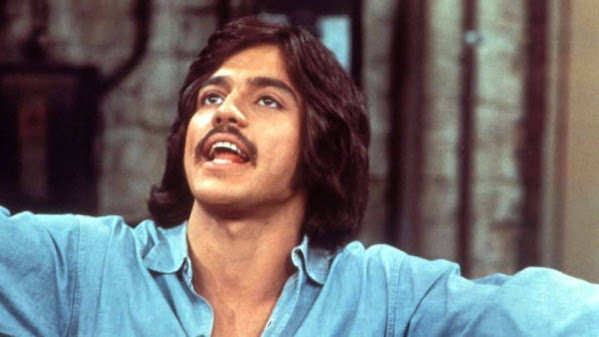 Another, far lesser, for instance . . . Back when TKC used take meetings, we had to politely explain that we weren't taking people slumming at all of the great underground Mexican restaurant around town.

Truth is . . . They're are several that are off the map and the best ones don't speak any English at all.

But TKC favors (Americanized) Chinese food and I gave up "authentic" Mexican cuisine after nearly dying following some enchiladas purchased out of a lady's car trunk at the KCK El Choppo -- It doesn't really get any more "authentic" or underground then that . . .

Meanwhile, in more important news regarding this discourse . . .

TKC READERS TOLD YOU SO!!! KANSAS CITY PROGRESSIVES FINALLY DUMP THE TERM 'LATINX' BECAUSE IT WAS A LAME ATTEMPT TO COLONIZE ANOTHER CULTURE WITHOUT ANY BUY-IN OUTSIDE OF UNIVERSITY CLASSROOMS!!!

Strangely, some folks might even call that move . . . Intolerant . . . Even if it was hatched by pedantic well-meaning college professors who might not have even asked their maids about the bad idea.

The growing inability of the Democratic Party to dominate the Hispanic/Latino vote has finally encouraged more people to dump the FAILED PC tactic and condescending terminology.

Read more via www.TonysKansasCity.com news links that we should have posted about a week ago . . .

Opinion | I'm Latina. Here's why I won't use the term Latinx.

Americans have a hard time pinning us down. We've been branded with label after label, each tag trying but failing to sum up in a single word the 60 million of us with Latin American and Caribbean ancestry who've made a home here. In just over half a century, appellations have been applied like stickers.

More problematic for Democrats: 40 percent said Latinx bothers or offends them to some degree and 30 percent said they would be less likely to support a politician or organization that uses the term.

Domingo García, president of the League of United Latin American Citizens, the nation's oldest Latino civil rights organization, has instructed staff and board members to drop the word "Latinx" from the group's official communications. García sent the directive out in an email Wednesday night, addressed to Sindy Benavides, the league's CEO; David Cruz, its communications director; and the LULAC board.