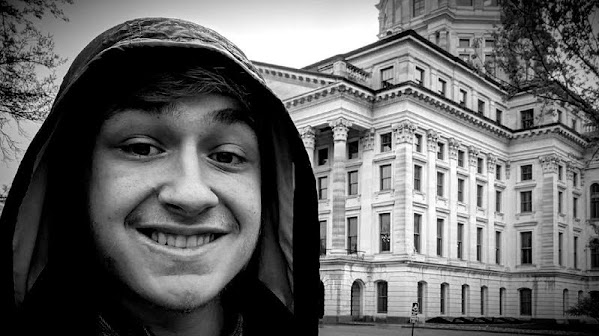 Here's a peek at justice delayed for this embattled politico who let a practical joke of a career spiral out of control . . .

Coleman, who represents a portion of Kansas City, Kansas, in the Kansas House of Representatives, was arrested and charged on Oct. 30 with misdemeanor domestic battery. Coleman posted bond on the charge after spending three days in jail.

About a month later on Nov. 28, Coleman was arrested on suspicion of allegedly driving under the influence in Douglas County, Kansas.

The punchline here is that most Kansas Democrats want him out but GOP loyalists enjoy his suffering as an indictment of the minority party.

Meanwhile, it's obvious the young dude is having a crisis and nobody but State Sen. David Haley has tried to step in and help the dude.