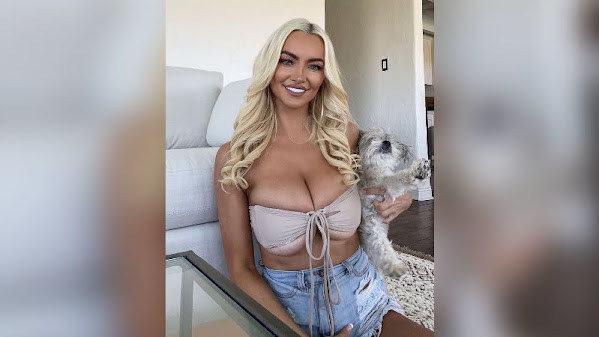 Kansas City's Urban Neighborhood Initiative partners with ten overlooked and often underserved neighborhoods in the heart of Kansas City. They work to break the cycle of poverty and racial inequities by building healthy, thriving neighborhoods.

Nature, folklore can give us some hints about Kansas City's winter forecast

KANSAS CITY, Mo. - With the first day of winter just a few days away, the question is always: Will we get a lot of snow this year? Factors across the nation, and even the world, lead the FOX4 Weather Team to a winter forecast for Kansas City.

Extreme winds and drought fueled widespread grass fires across western and central Kansas earlier this month. Now, the ranchers, farmers and communities who lost so much begin to pick up the pieces. This time of year, rancher Rich Koester is normally busy caring for newborn calves or feeding his herd to get them ready for winter.

COVID in 2021: A look back at data visualizations showing Kansas City trends in year two of the pandemic

LIBERTY, Mo. - A proposed merger for one of Kansas City's large railroads is under discussion. Canadian Pacific Railway wants to acquire Kansas City Southern. It's the railroad that extends from Kansas City to the Gulf Coast and into Mexico, operating across 10 states.

LENEXA, KS (KCTV) -- The Lenexa Police Department is asking for the public's help identifying someone suspected of car theft and car break-ins. He is also suspected of attempted car theft. He was last known to be driving a stolen, black 1995 Jeep Cherokee.

Brookside Poultry Co. announced Tuesday that it will close late next month.The restaurant, which is at 751 E. 63rd St., will close Jan. 29. Chef Charles d'Ablaing cited challenges from the COVID-19 pandemic as the reason for closing."We may emerge in a different space down the road with our fried chicken concept but for now, we're taking a break," d'Ablaing said in a news release.

Critics on both ends of the political spectrum went full blast on President Biden's claim Monday that states are responsible for solving the coronavirus crisis, pointing out Biden's long history of claiming he would bring the country out of the pandemic.

Trump claims 5,000 dead people voted in Georgia - but the real number is four

Donald Trump has claimed 5,000 dead people voted in 2020 in Georgia, a state he lost to Joe Biden on his way to national defeat. He was off by 4,996. As the Atlanta Journal-Constitution reported on Monday, state officials have confirmed four cases of dead people voting.

Vice President Kamala Harris has said she felt "frustration" during a rocky interview earlier this month with radio and TV host Charlamagne tha God, during which she was asked who was the "real" president of the United States.

Sen. Rand Paul (R-KY) has accused Democrats of "stealing" elections by legally persuading people to vote for them-and people have quickly pointed out to him that's simply how democracy works. Writing on Twitter, the senator quoted an article from the Washington Examiner about how Democrats carried Wisconsin in 2020 after losing it to ex-President Donald Trump in his 2016 victory.

Omicron is 'not the same disease' as earlier Covid waves, says UK scientist

Omicron is "not the same disease we were seeing a year ago" and high Covid death rates in the UK are "now history", a leading immunologist has said.

The Omicron variant of coronavirus is going to make the start of 2022 difficult, experts say, as new infections surge, healthcare resources are strained and government agencies adapt to face changing conditions.

Social media users demanded apologies from Rachel Maddow and MSNBC over the liberal host's insistence in March that the COVID-19 vaccine stops the virus dead in its tracks and prevents further transmission. "Now we know that the vaccines work well enough that the virus stops with every vaccinated person," Maddow said on her show the evening of March 29, 2021.

An 1865 newspaper clipping and a bible were removed from second time capsule found at former site of Robert E. Lee statue

A second time capsule that was recently found in the pedestal of Richmond, Virginia's, Robert E. Lee statue was opened Tuesday.

Billie Eilish revealed earlier this month that exposure to extreme pornography when she was just 11 years old 'really destroyed' her brain. And Maitland Ward, the Boy Meets World actress who turned into an adult entertainer, blamed Billie's parents for allowing her to even see the violent content at such a young age.

The Kansas City Zoo has officially named their three new macaroni chicks! Gnocchi, Rigatoni, and Egg Noodle now have names in line with their pasta penguin heritage. The trio has grown so rapidly that these chicks now have graduated to the "playpen," an area which will keep them protected until their adult swimming feathers have grown.


Exploring Cuisine On The Nice Side Of The Bridge

Bond is referring to the little league baseball teams who practice in Mudville's indoor turf training facility, which is located in the back of the building. The warehouse was actually an auction house before Titus Bond, Linda's son, purchased the building several years ago.

KANSAS CITY, Kan. - A new retail store is catering to customers from the Kansas side of the state line. Strawberry Hill Forever recently opened in the Strawberry Hill Neighborhood of Kansas City, Kansas. Owner Kathy Hanis grew up there and decided to try her hand at retail.

Blu Hwy and Nighthawk, two of the newest restaurants in Kansas City brought us the most memorable deviled egg dishes.

Creature Feature: Ring in your 2022 by bringing home Hiraki or Cousteau

by: Joe Lauria Posted: / Updated: Something unusual happened Tuesday morning... it rained! We've had one day with rain earlier in the month...and since the 10th of November...it's been dry otherwise. So you can definitely say the rain was welcome and needed. Temperatures have remained nicely above freezing locally though...so the roads are just wet.

Fireboy DML & Ed Sheeran - Peru is the song of the day and this is the OPEN THREAD for right now.