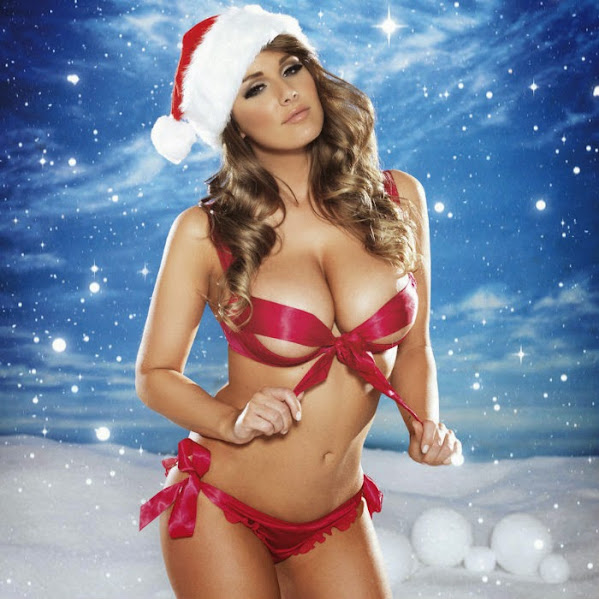 Right now hottie Lucy reminds to check our news list twice as we serve up TWO DOZEN HEADLINES regarding community news, pop culture and noteworthy topics from around the world.

Housing providers pushing to be part of houseless, affordability solutions in Kansas City

KANSAS CITY, Mo. - There are thousands of houseless people across the Kansas City area. Many of them are in the pipeline to be placed into housing through a voucher program, but they're still waiting. "We see people everyday that have had vouchers for months," Chris Stout, former director of programs for Hope Faith Ministries said.

City: Municipal Court makes it easier to get info

Effective Monday, Dec. 13, the Kansas City Municipal Court will launch a call center where residents can directly reach a customer service specialist working inside the courthouse. Residents will spend less time on hold, and will be able to speak to a representative without being transferred.


1st Responder Hurt In The Dotte

Shake Shack is opening its third location in the Kansas City area next week, and the new store is set to become the popular chain's second drive-thru restaurant in the nation. Shake Shack will open in the Streets of West Pryor at 12051 Northwest Lowenstein Drive in Lee's Summit, Missouri, on Dec.

With 11 phases remaining to be completed on its massive proposed campus in south Kansas City, Cerner offered little in the way of specifics during a presentation Thursday. The company provided a five-year update on the heavily incentivized development to the Tax Increment Financing Commission of Kansas City.

OVERLAND PARK, Kan. - A nonprofit social services organization based in Independence, Missouri, anticipates serving more people than previous years with its annual Christmas Store. Community Services League opened its Christmas Store Monday. The store is open through Saturday. Pre-registered families in need scheduled a time to "shop" through the store.

Me, Myself & Di is a charming new British comedy that is well worth giving a go. To mark its release, we had the pleasure in speaking to its three leading roles, speaking to model-turned-actress Lucy Pinder, newcomer Katy Clayton, and James Lance (Northern Soul, Marie Antoinette).

White House punts Biden's promise to cancel $10,000 in student debt to Congress: 'They haven't sent him a bill on that yet'

The White House said it's up to Congress to help carry out Biden's promise to cancel $10,000 in student loans. "If Congress sends him a bill, he's happy to sign it. They haven't sent him a bill on that yet," Psaki said. Millions of Americans are expected to restart their student-loan payments in 49 days.

The ruling is a boost for the House Ways and Means Committee, chaired by Rep. Richard Neal (D-Mass.), which has been seeking Trump's tax returns since the middle of 2019. Neal reissued the request after Trump left office earlier this year, saying the returns are necessary for a potential reform of the IRS program that audits presidential tax returns annually.

The Senate voted to lift the federal debt ceiling by $2.5 trillion on Tuesday, clearing a key hurdle toward avoiding a U.S. default after months of discord on Capitol Hill. The vote was along party lines, 50-49. Lawmakers expect the increase, which raises the debt ceiling to roughly $31.5 trillion, to last beyond the upcoming midterm elections and into 2023.

"No matter how long it's been, every one of those families relives the news they got that day," he also said. On Dec. 14, 2012, a single gunman shot and killed 20 first graders and six teachers at Sandy Hook Elementary School in Newtown, Conn.


WHO Seyz Plague Isn't Over

The World Health Organization on Tuesday warned the new omicron Covid-19 variant is spreading faster than any previous strain, and it is probably present in every country of the world. "Omicron is spreading at a rate we have not seen with any previous variant," WHO Director-General Tedros Adhanom Ghebreyesus said during a Covid update in Geneva.

800,000 Americans have died of COVID. Now the U.S. braces for an omicron-fueled spike

The coronavirus has now killed more than 800,000 people in the U.S., just two years after the first COVID-19 cluster was reported in Wuhan, China, and a year after vaccines were first rolled out. "It's tragic on so many levels," said Dr. Helen Chu, an immunologist and epidemiologist at the University of Washington.

Ben Affleck revealed he'd probably still be drinking if he had remained "trapped" in marriage with Jennifer Garner. Affleck, 49, opened up about the end of his marriage to Garner, 49, during a recent appearance on Sirius XM's "The Howard Stern Show." "We probably would've ended up at each other's throats.

Their company didn't sell a single puzzle during the pandemic; today the best-sellers need restocked ASAP

The puzzle finally fits together this holiday season for Tim and Stefanie Ekeren as the couple discovers the missing pieces that kept Kansas City Puzzle Company boxed on the shelf for more than a year. The small business, based in Mission, Kansas, offers a line of 10 puzzles, most featuring Kansas City-area landmarks or illustrations by local artists.

If it seems like Olathe, Kansas, has been looking a little blue lately, you're not wrong. Due to a defect, a number of streetlights in Olathe have turned blue. The city posted an update on Twitter saying due to a manufacturing defect, some of the streetlights in the city have turned a blue hue.

KANSAS CITY, Mo. - Chaunceyetta Mize had a busy day, directing traffic inside her Parade Park home. "I want my roaster and things like that," Mize said as employees with a big-hearted moving company moved about. The company had offered to move Mize for free out of her dilapidated house and into a new one in the same historic complex near 18th and Vine.

Courtesy Jackie Nguyen. With about 750 individual donations, a GoFundMe campaign from Cafe Cà Phê owner Jackie Nguyen has raised $37,920 so far of its $68,000 goal. The Cafe Cà Phê team will use the funds to transform their new space into a full-fledged brick-and-mortar location.

TOYS AWAY FROM ITSOAL. G MICHELLE'S SILVERADO TURNED INTO SANTA'' SLEIGH, FILLED WITH SACKS FULL OF TOYS. A LOT OF TIMES WHEN WE GIVE THE TOYS OUT, THE LOOK ON THEIR FACE. A LOT OF THEM ARE CRYING, AND LOT ARE JUST SURPRISED, THATS I A LOT TO ME.

With heavy winds expected over the next 24 hours, it's a good idea to prepare your home and bring in or secure items outside. It's going to be an interesting challenge for one man with a very unique holiday display.

A Storm Track 5 Weather Alert has been posted looking ahead to Wednesday. A High Wind Warning has been issued for our area with wind gusts expected near 60 mph. We will also be tracking record setting warmth and the chance for isolated strong storms .