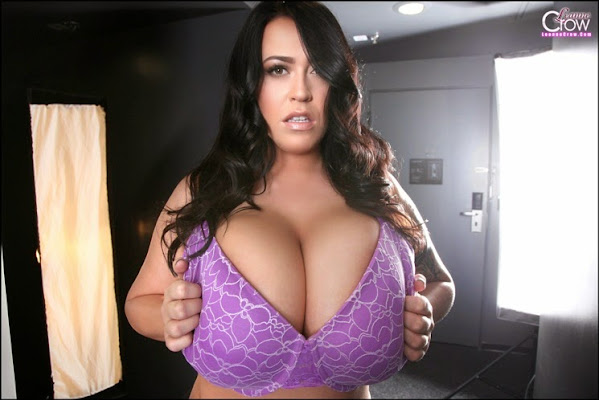 We take a quick peek back to consider the legacy of hottie Leeann as we share pop culture, community news and top headlines.

KANSAS CITY, Mo. - Our KSHB 41 News team continues making a difference in communities across Kansas City. KSHB 41 News reporter Charlie Keegan was smiling after the success of this November's Pilgrim Run in the Hyde Park neighborhood of Kansas City, Missouri.


Parents Out In Force Amid Violence

KANSAS CITY, KS (KCTV) - Almost four weeks ago to the day, a stabbing at Schlagle High School prompted one dad to get parents in the hallways as mentors and watchful eyes. He called for volunteers three weeks ago and so far, 30 people have replied. "We're moving, we're churning," said Joseph Straws, III.

As a public company, some of the Kansas City area's biggest employers must report the median pay of their workers. The requirement is part of financial reporting rules that mandate those companies to share how their median worker's pay compares to that of their CEO.

After pandemic closures, art is returning to fill new galleries

"Grass is Green" exhibition at Sapien Gallery Don't call it a comeback, but after a pandemic that has been going on for what feels like 20 years-and a rash of art space closures before that-it's refreshing to report that four new artist-run galleries have opened in Kansas City this year.


The Dotte Vs. Defund

KANSAS CITY, Kan. - On Monday, for the first time since 2009, Wyandotte County will have a new sheriff. FOX4 sat down with Sheriff-elect Daniel Soptic about his goals and the challenges facing him as he takes office. "It's good to be done with the election and moving on to getting down to business," Soptic said.


A Lot To Get Off Her Chest

I've had massive boobs since I was 14 - strangers motorboat me

BOOBS are something half the population has, but for some, they dominate their lives. S arah Williams, 40, a freelance writer and journalist specialising in tech, business, politics and lifestyle, has found this to be the case most of her life. Originally from Los Angeles, Sarah now lives in Manchester.


Prez & Vlad Talk It Over

In a secure video call Tuesday President Joe Biden and Russian President Vladimir Putin spoke for roughly two hours amid escalating tensions between the two nations. The White House said Biden voiced "deep concerns" that the U.S. and its European allies share regarding Russia's military buildup along the Ukrainian border.

Donald Trump's plan to launch "Truth Social", a special purpose acquisitions backed social media company early next year may have hit a roadblock after US regulators issued a request for information on the deal on Monday.

White House press secretary Jen Psaki on Tuesday distanced the Biden administration from recent comments made by progressives Rep. Alexandria Ocasio-Cortez, D-N.Y., and Chicago Mayor Lori Lightfoot over their responses to the uptick in organized smash-and-grab robberies in big cities.


Everybody Loves The Veep?!?

"Her failing is not an option," said Shavon Arline-Bradley, president and chair of D4 In Action. "One thing we talked about is ensuring that she has ambassadors that can actually speak to this. Kind of connecting to her personally, who is Kamala? The entire person, the politician, the leader, the wife, the mother.


Progress South Of The Border

Chile joins just a handful of Latin American countries to recognise marriage between same-sex couples. Others include Argentina, Brazil, Colombia, Costa Rica, Uruguay, and 18 states in Mexico and Mexico City.

WASHINGTON, Dec 7 (Reuters) - U.S. lawmakers included efforts to push back against Russia and China in a massive annual defense bill released on Tuesday, proposing $300 million for Ukraine's military and a statement of support for the defense of Taiwan.

South African scientists say the omicron Covid variant significantly reduces antibodies generated by Pfizer and BioNTech's vaccine, although people who have recovered from the virus and received a booster shot will likely have more protection from severe disease, according to a small preliminary study released Tuesday. Prof.

In "In The Gang Makes Lethal Weapon 7," which aired as the second installment of the show's two-part season premiere last week, the gang addressed their historical use of alarming racial caricatures within the PPCU (Paddy's Pub Cinematic Universe) by attempting to make a blackface-free follow-up to the Mel Gibson movie after their other homemade versions were pulled from their local library for racist depictions - a premise mirroring how five respective Sunny episodes recently met the same demise on Hulu (though one later quietly returned).


For The Love Of The Game

Some talented Kansas City volunteers are trying to bring holiday joy to people who might be feeling lonely this time of year. It's called Sweet Dreams for Seniors -- a perfect project for The Sewing Labs.Some call sewing a lost art, but not here at the sewing labs of Kansas City.

For the good of the hive: KC pediatrician builds buzz with award-winning urban bee farm effort

No one is more surprised by pediatrician Marion Pierson's newfound career success as a beekeeper and advocate for urban apiaries, the Prairie Village doctor said. "I didn't know this would happen," Pierson said. "In fact, I'm scared of bugs. My husband asked me how I was going to start a bee farm.

Eat This Now: The soft pretzels at King G

The soft pretzels at King G. // Photo by April Fleming Deli by day and moody bar by night, King G has managed to stand out in the booming East Crossroads entertainment district along 18th Street by offering straightforward, solid dishes and drinks in an unpretentiously cool and modern environment.

Hide Transcript Show Transcript WAY AS WE CONTINUE ON THROUGH TUESDAY EVENING YOUR EVENINGPFEC 30S AT SIX WILL BE IN THE MIDDLE AND LOWER 30S LATER ON IN THE EVENING. THE WIND WILL BE RELATIVELY LIGHT AT ABOUT FIVE TO EIGHT MILES AN HOUR.