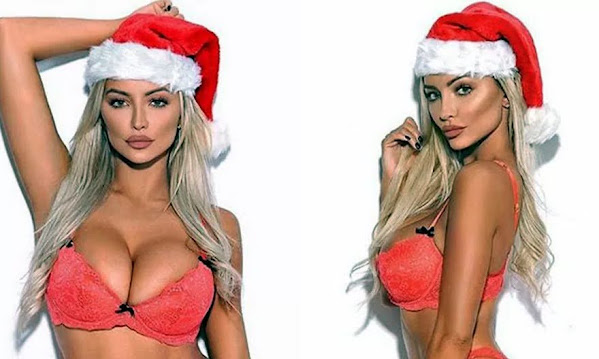 Right now hottie Lindsey and her body of work helps us get into the spirit as we check pop culture, community news and top headlines.

KANSAS CITY, Mo. - Kansas City Chiefs tight end Travis Kelce and Grammy Award-winning singer-songwriter Billie Eilish have something in common - broadcasters butcher their names. And virtually everyone is having trouble with "omicron." All three made it onto this year's list of most mispronounced words.

KANSAS CITY, Mo. - According to a newly-released survey, 51% of Missouri teachers who responded said they often consider quitting education. "This year when you add together sometimes, often and very often, that number is 80%, and that surprised us and it should be concerning to everyone," Todd Fuller, spokesperson for the Missouri State Teachers Association, said.

Kansas Attorney General Derek Schmidt has reached a settlement with one of the nation's wealthiest companies for about $27.6 million over alleged misconduct involving the state Medicaid program and prescription drugs. Centene Corp. helps run the state's privatized Medicaid program. Schmidt says secretive practices at the company cost Kansas and its taxpayers many millions of dollars.

Friends of man hit outside Arrowhead Stadium see changes, but still have concerns

KANSAS CITY, Mo. - C.D. Nelsen was discharged from the hospital Sunday after being hit by a car during the Kansas City Chiefs vs Dallas Cowboys game. After FOX4 started asking questions, the organization said it was making short term changes for a safer fan experience.

KANSAS CITY, MO (KCTV) -- Fan can grab their opening round Chiefs playoff tickets starting next Monday (Dec. 13), the team has announced. Single-game tickets for a potential AFC Wild Card home game will go on sale that day, with single-game tickets for later playoff rounds being announced at a later date, depending on the final standings.

Kansas City-area based magazine 'By Design' announces its final issue

KANSAS CITY, Mo. - The Kansas City based creative lifestyle magazine, , is gearing up for its sixth and final issue. Issue 006 will feature over 50 different Midwest creatives, majority of those being from the Kansas City area.

In a conference call on Monday night, the White House said the leaders of the US, UK, France, Germany and Italy had formed a joint strategy "to impose significant and severe harm on the Russian economy" should Russia launch an invasion.

Meadows: Trump considered yanking Kavanaugh over 'I like beer' comments and apologetic tone

At the time he was having private reservations about Kavanaugh, Trump was publicly fighting for his confirmation, mocking Blasey Ford's testimony at a rally and brushing off concerns from GOP lawmakers about his viability as a Supreme Court nominee.

MSNBC's primetime lineup has gone an entire week without acknowledging the growing scandal plaguing its liberal rival. CNN announced on Saturday it had fired anchor Chris Cuomo, who was previously placed on an indefinite suspension last Tuesday over his involvement in brother's scandals.

CNN host Don Lemon is getting blasted for covering his pal Jussie Smollett's trial on his late-night show - without mentioning his own central role in tipping off the "Empire" star that he was being investigated by police.

Republicans and business leaders have slammed New York Rep Alexandria Ocasio-Cortez after an interview where she expressed her doubts on whether frequent smash-and-grabs are really occurring. The comments sparked outrage among retail leaders and Republican lawmakers, including Walgreens.

A federal judge in Georgia on Tuesday temporarily halted the Biden administration's COVID-19 vaccine mandate for federal contractors across the country. The ruling by U.S. District Judge R.

Analysis: The Covid-19 vaccination map looks a lot like the election map

A ceremonial cup from Turkey in the shape of a stag's head. Three death masks, likely unearthed from the mountains of Israel, dating back to 6000 or 7000 BC. An ancient Greek chest for human remains. Those are among the 180 stolen antiquities that former hedge fund manager and philanthropist Michael Steinhardt turned over under an agreement with New York City prosecutors.


Doubling Up By The Book

Threesomes can be tricky for anyone, but more so for first-timers. Photo: Dainis Graveris / Unsplash It's one of the most common sexual fantasies, and yet is still so often plagued with mystery and confusion-more so for committed couples looking to engage in one for the first time.

An extensive nationwide search for the new director of the Kansas City Zoo has ended with a very familiar face.According to a release from the zoo, the zoo's current Chief Zoological Officer, Sean Putney, will take the reins starting Jan.

Inside Arthur Bryant's Barbeque, where the cafeteria-style line meets the glass window dividing the dining room from the kitchen, there's a little sign that says "No Tipping Cooks Allowed." Occasionally, that sign becomes the object of intrigue-as with a recent post on the local Reddit page, where dozens of readers shared theories and stories about the sign.

KANSAS CITY, Mo. - Buck O' Neil will live on as a baseball legend to many, but to Samuel McCormick remembers sitting next to him every Sunday, at Bethel AME Church. "He was somebody, but he didn't act like he was somebody, he was just 'Old Buck,'" McCormick said.

Dole in final OP-ED: "We cannot let political differences stand in the way of that common good."

JOHNSON COUNTY, KS (KCTV) --- In his final newspaper column that was completed before his death, former U.S. Sen. Bob Dole (R-KS) called for Americans to come together and put political differences aside. The column, published Monday by USA Today, was finished on Nov. 23.

Disney on Ice returns to T-Mobile Center in 2022

by: Juan Cisneros Posted: / Updated: KANSAS CITY, Mo. - After being cut short in February 2021, Disney on Ice will return to the T-Mobile Center in March 2022. From March 24 to March 37, "Mickey's Search Party" will bring the "magic" on the ice and in the air.

Should we worry about Denver shutting down Tyreek Hill and Travis Kelce?

On the latest episode of the Arrowhead Pride "Out of Structure" podcast, we discussed the latest victory in the current five-game win streak that the Kansas City Chiefs are riding; there was plenty to talk about surrounding the team's 22-9 victory over the Denver Broncos in Week 13.

Khalid - Present is the song of the day and this is the OPEN THREAD for right now.