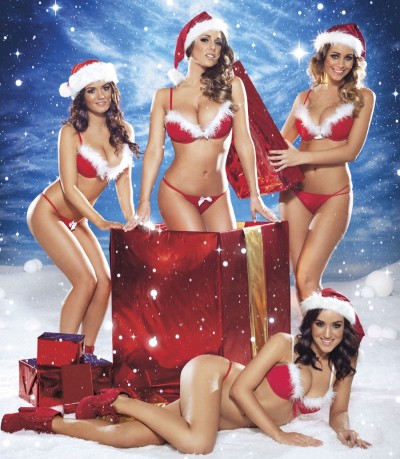 KANSAS CITY, MO (KCTV) -- Christmas came early for one local family missing a piece of their past. Over the weekend, we shared the story of a stolen '62 Thunderbird. A dedicated son had recently tracked down the same car his mom drove until she reluctantly sold it in the '90s.

KANSAS CITY, Mo. - Wednesday is one of the busiest travel days of the year for the Kansas City International Airport. KCI projects it'll serve nearly 13,000 passengers on Wednesday alone and more than 415,000 passengers between Dec. 17 and Jan. 3, which is up from 53% last year.

With Christmas only days away, families in need were able to find gifts for their loved ones at City Union Mission's Christmas Store, which provides free gifts, a holiday meal kit and coupons for meat. Wednesday was the final day of the season for the store, which opens every November and has been in operation for more than 30 years.


On Track For Anti-Climax

It's a busy day for holiday travelers at Union Station. Nearly 70 people arrived by train Thursday afternoon and over 100 left Amtrak a couple hours later. For a lot of folks, this was the quickest way to travel amid the restlessness of the season.


Home Grown Goods In The Dotte

You've probably seen Made in KC stores popping up all over town. Now, a Kansas woman is opening a similar concept to showcase The Sunflower State. Here's KCTV5's Nathan Vickers with a look inside.

MISSOURI - Hiring new police officers has been increasingly tough around the country - and in Missouri - and one Show-Me-State lawmaker wants to do something to help. The plan aims to help people at the very beginning of a law enforcement career - even before they get their very first badge.

The U.S. Department of Defense doled out $2 billion apiece for a fleet of B-2 'Spirit' bombers, which have silently menaced the skies since 1989. Spirit is an apt name for the Northrop Grumman aircraft designed to be something of a ghost.

Morale among staffers is reportedly low in President Biden 's White House as his first year in office comes to a close and polls show his popularity underwater with the majority of Americans.

Trump pushes back on Candace Owens: 'People aren't dying when they take the vaccine'

Today, the U.S. Department of Education announced a 90-day extension of the pause on student loan repayment, interest and collections through May 1, 2022. The extension will allow the Administration to "assess the impacts of the Omicron variant on student borrowers and provide additional time for borrowers to plan for the resumption of payments and reduce the risk of delinquency and defaults after restart," according the Department of Education.

DENVER (AP) - The man known as the "Unabomber" has been transferred to a federal prison medical facility in North Carolina after spending the past two decades in a federal Supermax prison in Colorado for a series of bombings targeting scientists.

Omicron could burn through the U.S. - and potentially hasten the Covid pandemic's end, says expert

Just weeks ago, the U.S. was on track to end the pandemic in 2022. Then, omicron hit - throwing scientists' projections into disarray. The rapidly spreading Covid variant is now responsible for 73% of U.S. cases, a rate which White House chief medical advisor Dr. Anthony Fauci called "unprecedented" during a Good Morning America appearance on Tuesday.

Omicron up to 70% less likely to need hospital care

However, laboratory studies have also shown changes in how Omicron infects our bodies. It is better at infecting our airways rather than the deep tissues of the lungs - this could make it easier for the variant to spread, but milder as it is further away from the delicate parts of the lungs.

A senior administration official, speaking to reporters on the condition of anonymity, said if Russian forces move into Ukraine, the U.S. and its allies "are prepared to impose severe costs that will damage Russia's economy and bring about exactly what [Russia] says it does not want - more NATO capabilities, not less, closer to Russia, not further away."

The best Kansas City hotels for dining out, getting a drink and staying the night this winter

This story was first published in KCUR's Creative Adventure newsletter. You can sign up to receive stories like this in your inbox every Tuesday. Anticipating family and friends returning home to Kansas City for the holidays and New Year's? Consider hosting dinner at a hotel to entertain guests instead of assembling a huge spread of food at home.

"Never" is not a word we hear very often - but that's exactly how the Community Blood Center in Kansas City, Missouri describes how many times it's been in its current situation. It has a day's worth of blood right now - the CBC prefers to have seven day's worth on hand.

New 'Olathe Flowers' sculpture to be installed next fall

OLATHE, Kan. - On Tuesday the Olathe City Council unanimously approved an agreement for a new sculpture to be built within a roundabout at the intersection of Sheridan Street and Ridgeview Road. Of the 82 submissions the Public Art Committee received, city leaders selected a sculpture titled "Olathe Flowers" to fill the roundabout space.

What do Royals fans want for Christmas?

Tis the season of gift giving and I hope John Sherman remembers it is far more rewarding to give than to receive. Royals fans won't get the gifts they want this week - not because of supply chain issues - but because of an owner lockout and transaction freeze.


Hamming It Up With Po-Po

KANSAS CITY, Mo. - During Christmas, we are reminded that good things come in small packages. Especially for kids like Imani Ransburg, whose Christmas came a bit early this year. "I got a big fluffy pillow which is my favorite," Ransburg said.

by: Nicole Dolan - Kansas City Business Journal Posted: / Updated: Despite nearly two years filled with loss, America's Auto Auction Kansas City has maintained a culture of giving, donating a total of $322,971 to four Northland charities this year. The company, which is located at 11101 N.


Christmas Amid The Clink

A gift of Christmas joy for the children of the incarcerated

During the holidays, some faith groups and congregations across the United States work to bring some Christmas cheer-and connection-to prisoners and their children. The Angel Tree program of the nonprofit Prison Fellowship partners with churches and volunteers to host toy drives and deliver gifts to prisoners' children on behalf of incarcerated parents.

EXCLUSIVE LIVE RADAR AND9-DAY FORECASTS SO YOU WILL KWNO FIRST. THIS IS FIRST ALERT WEATHER. KELLY: WITH THESE WARM TEMPATERURES, IT IS POSSIBLE SANTA MIGHT BE CONFUSED TOMORROW AND FLY OVETHR E WRONG PLACE. BRYAN: BUT HE HAS GOT A GOOD F.STAF SO, I THINK HE WILL BE OK.

The Ramones- Merry Christmas (I Don't Want To Fight Tonight) is the #TBT song of the day and this is the OPEN THREAD for right now.