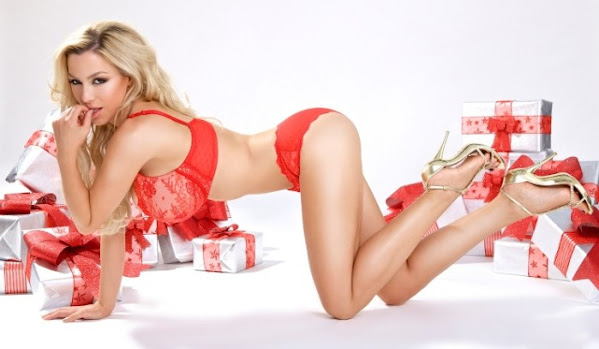 Some lawmakers in Missouri want to craft a congressional map that makes the Kansas City area more winnable for Republicans. Plus, Kansas City leaders have a plan for how to keep unhoused people safe from the dangerous cold this winter.

Shawnee Police hand out hundreds of dollars thanks to Secret Santa

Police in Shawnee, Kansas, are spreading holiday cheer, giving out hundred-dollar bills to unsuspecting people. It's thanks to a Secret Santa who donates to the cause each year. KMBC 9 rode along with one officer as he made spirits bright.Sirens aren't usually a sound you want to hear, but Officer Justin Graham isn't giving out tickets.

'We just want this off the streets': Shawnee family raises awareness about dangers of fentanyl after son overdoses

SHAWNEE, Kan. - On Thursday, the Drug Enforcement Administration announced the results of a major drug enforcement surge when it comes to battling fake prescription pills. Those pills are often laced with fentanyl. The DEA confirmed the surge is directly tied to the Mexican drug cartel.


Head Check Across The Bridge

subscribe to The NPR Politics Podcast podcast Senate Democrats are on the verge of abandoning their pledge to pass President Biden's nearly $2 trillion social spending and climate change package before Christmas, and they have members of their own party to blame.

Biden: Unvaxxed will 'overwhelm' hospitals in 'winter of illness and death'

President Biden sounded like he'd been watching "Game of Thrones" as he warned Thursday that the unvaccinated "will soon overwhelm" US hospitals and vaccine refusers will experience "a winter of severe illness and death."

With the Supreme Court poised to undo its abortion rights precedent, the Biden administration is considering a move that could mitigate the fallout from a Roe v. Wade reversal. And red states are already on the march to counteract whatever the federal government opts to do.


No Protection From Omicron

A new study out of Columbia University says the Omicron variant is "markedly resistant" to vaccines and boosters might not do much to help, spelling bad news for the country as Omicron spreads and COVID-19 cases rise nationally.

Covid-19 is raging across the US, with a surge in cases and hospitalizations causing new disruptions

Covid-19 infections and hospitalizations are rising once again, prompting a new wave of cancellations and disruptions as the country prepares for another pandemic holiday season.

Russia is 'a power in decline' but still poses a military threat, NATO chief says

Russia may be in economic decline, but it still poses a formidable military threat - particularly in the realm of advanced weaponry and cyberwarfare, NATO's Secretary General Jens Stoltenberg said Thursday. "Russia is a power in decline, meaning the economic importance of Russia, the GDP is not keeping track with many other countries in the world.

North Koreans will observe the 10-year anniversary of Kim Jong Il's death - or face the consequences. Dec. 17 marks ten years since Kim Jong Il passed away, paving the way for his son, Kim Jong Un, to take over.


Pix Are An Illusion

We've all heard the saying, "Fake it until you make it." If you have ever wanted a boob job without going under the knife, there's a simple way to achieve the look you have been yearning for. Fitness influencer Danae Mercer, 33, shared the secret to the least invasive breast enhancement ever: the right pose.

JACKSON COUNTY, MO (KCTV) -- Yesterday's powerful winds caused significant damage, leading more than 200,000 customers being without power, roofs being ripped off buildings, and trees landing on homes. It was sound heard all across the KC metro and beyond: crews cleaning up the pieces that remain from last night's powerful storms. "After weather emergency events, it's the trees that have fallen on houses or are blocking driveways.

Rob Magee, the late pitmaster and owner of Kansas City's Q39, leaves behind a legacy of smoke and fire

Kansas City has lost a titan in the barbecue community. Rob Magee, the owner and pitmaster of Kansas City restaurant Q39, has died. His wife and business partner, Kelly, announced on social media that Magee had passed away on Fri., Dec. 3 following a 5½-year battle with colon cancer.

by: Heidi Schmidt Posted: / Updated: KANSAS CITY, Mo. - Weeks after people were surprised to learn that a popular late-night spot in Westport closed its doors, pizza by the slice returns to the entertainment district. Joe's Pizza Buy the Slice closed on Halloween when the owner of the business, Joe Addington, decided to retire.

Allison Bailey (Glinda) & Talia Suskauer (Elphaba) in the North American Tour of Wicked. // Photo by Joan Marcus The touring production of Wicked is returning to the Kansas City Music Hall January 5-23 with the Kansas City Broadway Series. The show is one of Broadway's most successful musicals-it premiered in 2003 and began touring North America in 2005.

Things start to cool off heading into the weekend

Hide Transcript Show Transcript NINE-DAY FORECAST SO YOU WILL KNOW FIRST. THIS IS FIRST ALERT WEATHER. LARA: WHAT A DIFFEREE. EMILY: MUCH DIFFERENT SCENARIO TONIT,GH AS OPPOSED TO 24 HOURS AGO. LARA: I THOUGHT IT WAS DISTURBING AND FRIGHTENING. BRYAN: THAT IS WHAT WE HAVE TO DO IN THE FIRST ALERT WEATHER CENTER.

"We're Going Shopping" from Ren & Stimpy's Crock O' Christmas is the song of the day and this is the OPEN THREAD for right now.