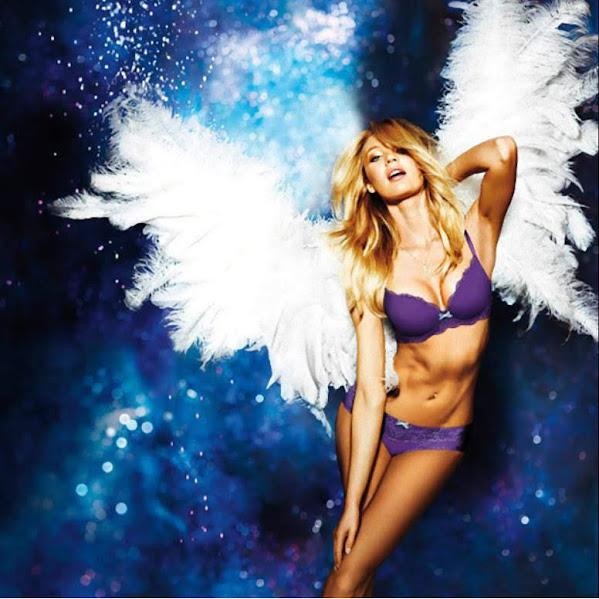 Right now angel Candice and her body of work inspire us to take another peek at pop culture, community news and top headlines.

Special KCPD Unit Focuses on Saving Lives, One Drunk at a Time

You could say that Kansas City police officer Douglas Davidson is a bit of an overachiever. Fellow officers describe him as "very tenacious," "an excellent time manager" and "self-motivated." He'll offer a wry smile to concede the assessments.

DENVER - A mother and daughter from Kansas City, Kansas, are grappling with a new reality while temporarily living in Denver. Brandi Casey said her daughter, N'Dea, is working to regain mobility at Craig Rehab Hospital over the next several months after N'Dea was shot nearly 14 times at an apartment complex in Kansas City, Kansas, Brandi said.

JEFFERSON CITY, Mo. (KY3) - The Missouri Department of Health and Senior Services has extended a temporary increase of WIC benefits through March 2022, which allows up to 60,000 women and young children to receive healthy fruits and vegetables each month. The Missouri WIC program serves financially eligible women, infants, and children under the age of five.

LAWRENCE, KS (KCTV) --- For the second time this week, an opponent for the Kansas Jayhawks basketball team had to cancel a game due to Covid-19 protocols. The Harvard men's basketball team tweeted Sunday night that its game scheduled for Dec. 29 against KU is no longer happening.

NO wonder beach fan Candice Swanepoel catches the eye - her bikini is made from old fishing nets. The South African supermodel is doing her bit for the planet with an eco-friendly swimwear range for her brand Tropic of C.

Despite all the bluster from Team Trump railing against the congressional committee investigating the Jan. 6 insurrection, the former president's spokesman has been quietly cooperating with investigators, a new lawsuit reveals.

Vice President Kamala Harris said Sunday that she does not believe she is being "set up to fail" amid complaints by fellow Democrats that she has been handed an impossible portfolio by President Biden during their first year in office.

​Canadian Prime Minister Justin Trudeau accused the Chinese government of "cleverly playing" Western nations and encouraged the democratic countries to respond to the threat with a united front. Trudeau said the China-ruling Communist Party is leveraging its wealth to turn nations against each other and place political realities behind economic obligations.

Trump told Candace Owens in an interview last week that vaccines protect people and won't kill anyone. In response, Owens, who is anti-vax, told Instagram followers it was because Trump is "old." His generation doesn't try to find alternative information or "obscure websites" online, she said.

Worried about super-intelligent machines? They are already here | John Naughton

n the first of his four (stunning) Reith lectures on living with artificial intelligence, Prof Stuart Russell, of the University of California at Berkeley, began with an excerpt from a paper written by Alan Turing in 1950.


Pro-Choice Legacy Soon To Be Buried

Sarah Weddington, the lawyer who at 26 successfully argued Roe v. Wade, has died

DALLAS - Sarah Weddington, a Texas lawyer who as a 26-year-old successfully argued the landmark abortion rights case Roe v. Wade before the U.S. Supreme Court, died Sunday. She was 76. Susan Hays, Weddington's former student and colleague, said she died in her sleep early Sunday morning at her Austin home.

Pope Francis Pope Francis Pope hopes 'peaceful coexistence' will prevail in Americas Top Church of England cleric: Getting vaccinated a moral issue Pope calls for spending on education instead of weapons MORE has acknowledged that the pandemic has aggravated certain family relationships and wants married couples to use the words "Please, thanks and sorry" with each other.

Tom Holland has co-signed on a scientific conclusion that has a clear impact on his life ... that short men have more sex. The 'Spider-Man' star clearly knows of where he speaks. The 5'8" actor has been dating Zendaya , who measures 5'10." Here's the way it went down ...

Looking to Celebrate NYE? Here are 5 Places to Ring in 2022 in KC

by: Brian Dulle Posted: / Updated: KANSAS CITY, Mo. - The Christmas holiday season is almost over for 2021 but before you toss that Christmas tree to the curb, give it a second life and take it to one of these locations near you to be recycled.

Jim Leedy was a painter, printmaker, sculptor, performance and mixed media artist - but he considered clay his favorite medium. "Clay was always a part of my life," he told writer Kara Rooney. "I grew up playing with it." He added, "But from the very beginning of my life I did know that I was an artist.

Winter precipitation: The smallest change could mean rain or snow in Kansas City

KANSAS CITY, Mo. - It seems every winter we get a mixed bag of precipitation: snow, sleet, freezing rain, you name it. Of course, so far we've had a very mild fall, and Kansas City is still searching for its first measurable snow. It's easy to forget we'll have to deal with wintry precipitation at some point.

Cooler for Monday, but still warm for December

Hide Transcript Show Transcript WE HAD THE SOUTH SOUTHEAST WIND AT NINE MILES PER HOUR. 61 IN LEE'S SUMMIT AND BELTON. 61 IN OLATHE. A LITTLE CHILLIER THE NORTH, THOUGH. 45 IN TRENTON. 50 IN MARYVILLE.