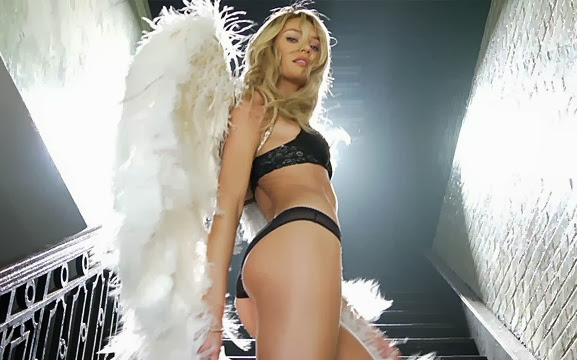 'Took our stuff but not our faith': Kansas City church burglarized, still searching for answers

KANSAS CITY, Mo. - A church in Kansas City, Missouri was recently burglarized and now the members and the community are searching for answers.


Street In The Dotte Renamed

(NEXSTAR) - If you are on-the-go this Christmas, or simply skipping the traditional at-home feast for something a little quicker, you likely know your options are limited. While many restaurants are closing their doors on December 25, there are some still accepting customers on the holiday.

Artist Hasna Sal is a Follower of Christ, Not Organized Religion

Hasna Sal, artist, landscape architect and poet, is sitting in one of the pews of Westport Presbyterian Church on a weeknight. Sal is telling me why she, a Muslim-raised native of India, is in love with Jesus Christ, though she's not a Christian, not a Muslim anymore and not a member of any institutional religion.

Candice Swanepoel showcases her toned physique at the beach in Miami

Candice Swanepoel showcased her gym-honed physique in a black thong bikini from her swimwear brand Tropic of C while enjoying a leisurely beach day with her model pal Martha Graeff over the weekend.

Manchin says he won't vote for Build Back Better Act

Democratic Sen. Joe Manchin of West Virginia said he's a no on the Build Back Better Act, a huge development for legislation where Democrats need his vote to be able to pass this through the Senate.

s the US braces for the likely resurgence of the Republican party in 2022's midterm elections, rightwing media is preparing, both behind and in front of the scenes, to exert its influence over the rest of Joe Biden's presidency. The flagship conservative news network, Fox News, has continued a lurch towards the right that accelerated with the rise of Donald Trump.

The guidance from parliamentarian Elizabeth MacDonough, who this week rejected Democrats' third immigration proposal, is fueling conversations within the Senate Democratic caucus about trying to circumvent the non-partisan, unelected Senate referee. Democrats haven't landed on a strategy on how to get immigration legislation into Biden's massive climate and social spending package, which is in limbo until at least January.

The governor of an island province in the central Philippines said Sunday at least 63 people died in the devastation wrought by Typhoon Rai in more than half of the towns that managed to contact him, bringing the death toll in the strongest typhoon to batter the country this year to at least 112.


Faith Matters Around The World

The dire warnings called for the U.S. and other nations to ease sanctions, including the release upward of $10 billion in frozen funds following the Taliban takeover of Kabul on Aug. 15. Speakers also called for a quick opening of the country's banking system and collectively, with the United Nations and international banking institutions, assistance to Afghanistan.

GENEVA, Dec 13 (Reuters) - United Nations Secretary-General Antonio Guterres called on Monday for new rules covering the use of autonomous weapons as a key meeting on the issue opened in Geneva. Negotiators at the U.N.

The U.S. military must start making preparations for another "insurrection" after the 2024 election, according to a trio of retired military generals. An op-ed published by the Washington Post on Friday called for action amid growing concern among former senior officials about the "potential for lethal chaos inside our military" in a flash of violence that could eclipse the Capitol riot on Jan.


Tricks Of The Trade Exposed

A BRA specialist who claims she worked in Victoria Secret for five years is revealing the things she learned on the job that most customers do not know. Daelyn Nicole from the USA said that there are many misconceptions about bra size, with many people thinking that bra size is universal.

Christmas At The Saint Francis

The Saint Francis Apartments were built in 1912. The current owners purchased the building in 2011. Above, Third floor entryway. Below, entrance to the apartment. The Apartments overlook the Concourse in Historic Northeast Kansas City. Renovations are ongoing, major updates ahead.

For Verónica Alvidrez, a native of Kansas City, Kansas, the isolation of the pandemic led to searching for a way to connect her community. "The pandemic loaded us so much," says Alvidrez, the founder and CEO of paraMi. "Especially Latina women who got loaded with new responsibilities and roles within the home.

Hide Transcript Show Transcript HERE. IT HAS BEEN A ILWHE IT HAS. BEEN A WHILE SINCE IT HAS BEEN THIS COLD IN KANSAS CITY EARLIER THIS MORNING. KCI DROPPED TO 16 DEGREES.

Donny Hathaway - This Christmas is the song of the day and this is the OPEN THREAD for right now.