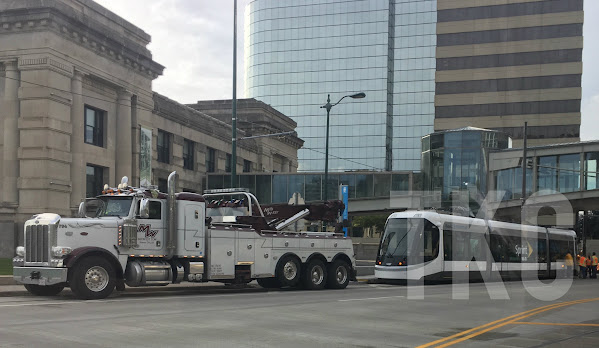 THE KANSAS CITY TOY TRAIN IS UNRELIABLE AND OFTEN SHUTS DOWN DURING COLD WEATHER & RAIN!!!

Check reader testimony on this cowtown fact of life . . .

The streetcar is not running, ... again.  There are two train cars sitting in front of Union Station.  I asked the workers what is wrong.  I was told, and I quote, "The streetcar needs a doctor."  Then, I was told not to worry, a bus would be dispatched to run the route.

Your tax dollars hard at work!

The streetcar confirmed the shut down this morning.

Sadly, it seems that local news is only interested in easily reported expansion cheerleading stories . . .

Meanwhile, the reality is that the current system OFTEN SHUTS DOWN and remains a sketchy development & tourist scheme . . . Not real transit.