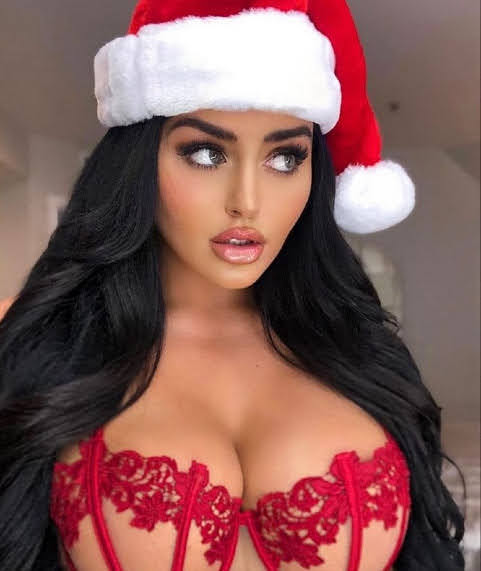 A Kansas City tradition is underway and we have to admit a shift in our thinking about it.

Secret Santa is out giving the plebs cash today.

The effort usually makes for some smiling faces, a few great hot takes, tears and all around good cheer. Whilst we're happy just to celebrate the "talents" of hottie Abby . . . Other folks invest more in their fellow humankind.

So of course, at one point not so long ago, we thought it was our duty to throw a bit of shade toward the good deeds.

Now, after two years of free money awarded to just about every American and so many of our undocumented workers, pals & guests. We're not so sure . . .

Again, we repeat our old school complaint every year . . .

Here's the crux of the TKC arguement from a much smarter person:

But during COVID and the rise of cryptocurrency . . . The public has now become more aware that a lot of what we know about money is an illusion.

Some might suggest that money is "imaginary" and that would be a nice thought to convince a hottie to spend the night with a broke-ass smooth-talker . . . But it's not true.

Instead, it's more accurate to note that the value of money is always in flux; even more so in times of political & social upheaval.

And so those hundred dollar bills given away by Secret Santa are worth anywhere from 6 - 30 percent less than they were last year . . . Depending on whether or not a constant reader can understand the ominous rantings in the Wall Street Journal.

Because times are tough . . . We won't throw any hateration toward people looking to help humankind on local streets.

Meanwhile, we merely note that a lot more cash is going to be required to sustain the effort and make it just as meaningful as in years past.

It's a Kansas City holiday tradition that you'll only see on KMBC 9. Our Secret Santa is at it again - brightening the holidays for unsuspecting strangers. Inside Kansas City, Kansas Police Headquarters, a man with a red hat armed more than a dozen officers with special instructions."Pick your targets carefully," the man told the officers while doling out $300 in cash.

Bitcoin believers have long claimed the world's largest cryptocurrency could be a perfect store of value during periods of high inflation. But the theory's not quite proving out yet.

Pennsylvania has one of the most varied economies in the country. Chocolate giant Hershey Co. and the state's agricultural sector has helped make Pennsylvania home to more than 2,000 food-processing sites. Its manufacturing industry employs more than half a million, and energy production from the Marcellus Shale routinely makes it one of the nation's top natural gas producers.

The relationship between the White House and U.S. oil companies has sunk to a new low at a moment when President Biden needs the industry most. Oil company executives have become openly frustrated with a Biden administration that spent months shunning the industry, only to start urging in recent weeks that it produce more oil to alleviate rising gasoline prices.

NEW YORK, Dec 22 (Reuters) - Profit growth for U.S. corporations is expected to slow next year after a gangbuster 2021, with rising inflation and a rapidly spreading COVID-19 variant adding to uncertainty as investors try to justify stock prices trading near record highs.

U.S. consumers are feeling pretty good about the economy, even with the omicron variant, new threats of lockdowns and rising inflation, but these issues still remain wild cards for 2022. The Conference Board's Consumer Confidence Index rose to 115.8, up from a revised higher 111.9 in November.

This year, 2021, brought us the worst inflation in nearly 40 years, a 7% annual rate. Yet government officials from the President on down have insisted all year that the higher prices are only "temporary." We are now getting reacquainted with the "inflation tax."

Inflation in the United States is at its highest level in nearly four decades. And people across America might be noticing those higher prices as they finish shopping for holiday-dinner staples. In Turkey, though, price increases are becoming so severe, many people can't afford to buy those kinds of staples.


Americans aren't scared of inflation. They already think it peaked.

Inflation surged close to 40-year highs in November, but signs show Americans aren't scared of it. The Consumer Confidence Index climbed in December as adults' inflation fears started to cool down. In the market, the 5-year breakeven rate for Treasury bonds also signals inflation worries peaked in mid-November.