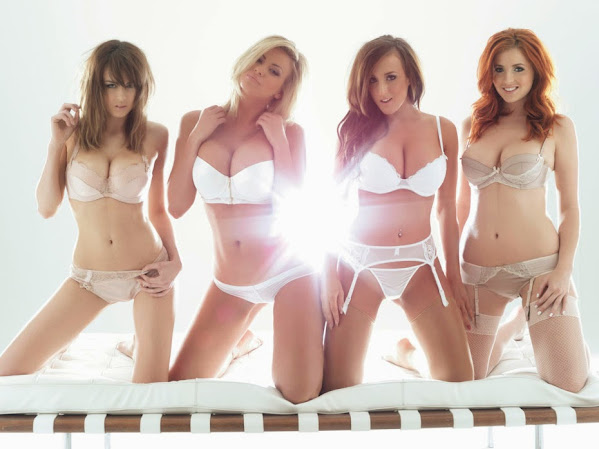 Almost four years after his first foray into unfamiliar concert territory with his highly-acclaimed "Ridiculously Self-Indulgent, Ill-Advised Vanity Tour," "Weird Al" Yankovic will be pressing his luck again, this time with "The Unfortunate Return of the Ridiculously Self-Indulgent, Ill-Advised Vanity Tour." The 140-show tour comes to the Kauffman Center Sept.

by: Heidi Schmidt Posted: / Updated: KANSAS CITY, Mo. - The new terminal won't be the only addition at KCI airport when it opens in 2023. The Kansas City Aviation Department announced Friday it is adding charging pads for its electric buses.

In 2006, when a special committee of historians, researchers and educators elected 17 Negro Leagues legends to the National Baseball Hall of Fame, Kansas City's renowned Buck O'Neil wasn't among them. Later that year, he died at the age of 94. Now, 15 years after that omission, O'Neil has another shot at baseball's shrine in Cooperstown, New York.

Toilet bombs dropped less than two weeks ago; retailers can't seem to keep them on the shelves

Bear Soap Co.'s latest bestseller might have begun as an accident, but the bath bombs for toilet bowls are making a splash as shoppers discover a cheeky new stocking stuffer that fizzes beyond the holiday season, said Matt Bramlette.


Begging Amid Time Of Plague

The art of adaptation: How COVID-19 impacted Kansas City nonprofits

The pandemic, with its shutdown orders and stay-at-home advice, altered that model. It also lent the Kansas City nonprofit a new mission..

Jason Sudeikis and Keeley Hazell have rekindled their romance as they were spotted packing on the PDA during a recent trip to Cabo San Lucas, Mexico The on/off couple were captured with their arms wrapped around one another before sharing several smooches near their lounge chairs in the sand Jason,

The criticism of masks and vaccines has sabotaged Biden's efforts to get the nation past the pandemic, some argue. "There is one group to blame in this country for the continued spread of COVID," she added, "and that's those actors who have done each and every one of those things."

After Calling It 'Fake News,' Trump Is Back to Promoting Mark Meadows' Book

Mere days after he denounced a story in his former chief of staff's book as "fake news," former President Donald Trump is back to promoting Mark Meadows ' memoir from his time in the White House.

Decisions on same-sex marriage, contraception could be threatened by abortion ruling

WASHINGTON - When the Supreme Court hands down its ruling next year in Mississippi's blockbuster challenge to Roe v. Wade the bulk of the decision will be focused on interpreting what the Constitution says - or doesn't say - about abortion.

U.S. job growth significantly undershot expectations in November, suggesting that difficulty in attracting new workers is weighing on the labor market's recovery from the pandemic, even as COVID-19 cases dissipated nationwide. The Labor Department said in its monthly payroll report released Friday that payrolls in November rose by just 210,000, well below the 550,000 jobs forecast by Refinitiv economists.

Harris sidestepped questions about the staff turnover and potential for a reset when asked about it by POLITICO, and her office declined to comment for this story. But behind the scenes, advisers have spent weeks researching possible replacements for important posts and feeling out others who passed on roles in the office earlier this year, to see if they would be more amenable to joining in a second round.

"The case borders on the ridiculous, if it were not for the fact we are talking about a gesture of enormous gravity," the head of the Piedmont regional government, Albert Cirio, said in a statement on Facebook.

Fewpeople, if anyone,outside Putin's inner circle know what he's planning. Analysts say this could be another attempt to gain leverage over Ukraine, and a warning to the West not to meddle in the Kremlin's strategic and spiritual backyard. But some reckon war is far from impossible.

President Joe Biden said Friday he is preparing a "set of initiatives" to make it more difficult for Russian President Vladimir Putin to "do what people are worried he may do" -- namely, having Russia invade Ukraine.

Workers are ghosting employers. Here's how some companies are combatting no-shows

Home health provider Interim HealthCare of the Upstate currently has 51 open positions it's looking to fill. Since September, 17 candidates have canceled their interviews and 20 didn't even show up.Recruitment and retention tends to be difficult in the home health care industry, but it's been even tougher over the last several months."We don't have the leverage in this market.


Fanbois Claim Kansas City Chiefs Out Of The Slump

The Arrowhead Pride staff weighs in on the Chiefs-Broncos game...

Before the Week 11 game between the Kansas City Chiefs and Dallas Cowboys, Arrowhead Pride contributors were Our readers were even less confident of a win. About one in four thought the Cowboys would win - but to their credit, about a third of the rest thought the Chiefs would win the game easily.

A Kansas City charity is hoping people will donate lightly-used mattresses to them so they get them to families in need.

Five holiday markets where you can snag local gifts this season

The pandemic threw a wrench in many people's holiday shopping. What used to be trips to stores and markets with the family to find the perfect gift turned into Amazon wish lists and online gift cards.

Illustration courtesy Enrique Zabala Against all odds, the holidays are upon us again. We're not fully out of our hidey-holes, and yet we're probably expected to return to the normal flow of gift-giving. If you're trying to figure out how to cross names off your list, we have a guide of The Pitch's personal recommendations for what to put...

Hide Transcript Show Transcript FOR THOSE BELL RINGERS AND HATS OFF TO THEM FOR SNDTAING OUT. IT'S BEEN A LITTLE EASIER PAST COUPLE OF DAYS, BUT YOU REALLY HAVE TO WORK NOW, YOU KNOW. ANDOU Y REALLY GOT TO REMEMBER TO PUT THAT MONEY IN OUR POCTKE SO MANY OF US STILL JUST USE PLASTICND A WE DON'T HAVE THAT CASH.

8 Days (Of Hannukah) · Sharon Jones & The Dap-Kings is the song of the day and this is the OPEN THREAD for right now.