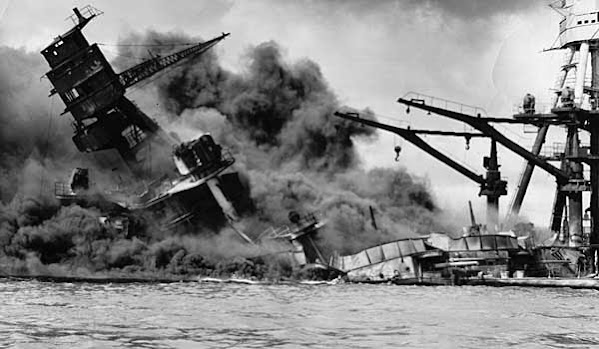 A great many history buffs read this blog and so we would be remiss if we didn't post at least one tribute to the date that will live in infamy.


Accordingly, for insomniacs, newshounds and late night readers . . . TKC shares some of the news items that stood out to us today . . .

MISSION, Kan. - One Kansas City area veteran made sure Americans would never forget Pearl Harbor long after he was gone. He did so through permanent memorials. Dorwin Lamkin, who was stationed on the USS Nevada, passed away in 2019 at 96 years old.

The United States observed the 80th anniversary of Japan's attack on the naval base in Pearl Harbor, Hawaii - which killed over 2,300 people and shook the nation, leading it to join World War II - in ceremonies across the country Tuesday. Former President Franklin D.

OVERLAND PARK, Kan. - One of the remaining survivors of Iwo Jima passed away on Tuesday, Pearl Harbor Day. FOX4 has highlighted Marine veteran, Jerry Ingram, a number of times over the years. He was 94. People who knew Ingram will tell you he always lived boldly.


29 iconic images of the attack on Pearl Harbor | Pictures | Reuters

An aerial photograph taken the year before the Japanese raid shows the East Loch and the the Fleet Air Base on Ford Island in Pearl Harbor, Hawaii, May 3, 1940. Visible are the carrier Yorktown, ten b

PEARL HARBOR, Hawaii (AP) - A few dozen survivors of Pearl Harbor are expected to gather Tuesday at the site of the Japanese bombing 80 years ago to remember those killed in the attack that launched the U.S. into World War II.


The Story Behind Pearl Harbor's Most Successful Rescue Mission

When Julio DeCastro, a civilian worker at Pearl Harbor's naval yard, reached the capsized U.S.S. on the infamous morning of December 7, 1941, he heard the sound of frenetic tapping of sailors trapped within the hull.

For 80 years the Imperial Japanese military attack on Pearl Harbor and wider assault throughout the Pacific theater that brought the United States into World War II has seen countless retellings, analyses and even its share of conspiracy theories. That history has largely been told from a distinctly American perspective for a U.S.

In the years before Pearl Harbor, the U.S. Navy liked things white - from Teddy Roosevelt's Great White Fleet to their white dress uniforms and white gloves. By 1940, Black sailors comprised a mere 2.3% of the force, most of them as kitchen workers.


A Real-Life Pearl Harbor Love Story : Consider This from NPR

In October of 1941, a young soldier was on leave in southern California when he met the woman he was sure he would marry. Then, two months later while stationed in Hawaii, Art "Bud" Montagne witnessed the attack on Pearl Harbor firsthand, and was swept up in the conflict that followed.


One of the Last Pearl Harbor Survivors, 101, Asks Next Generation to 'Keep a Record,' 'Be Positive' 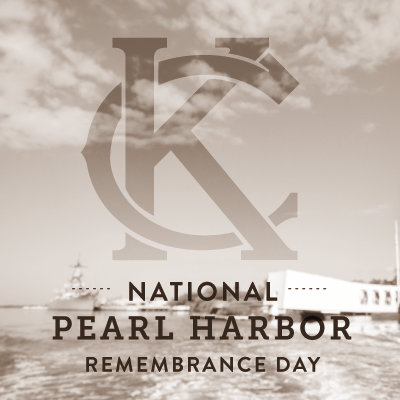 As always, we share our respect and thanks for those who serve/d.