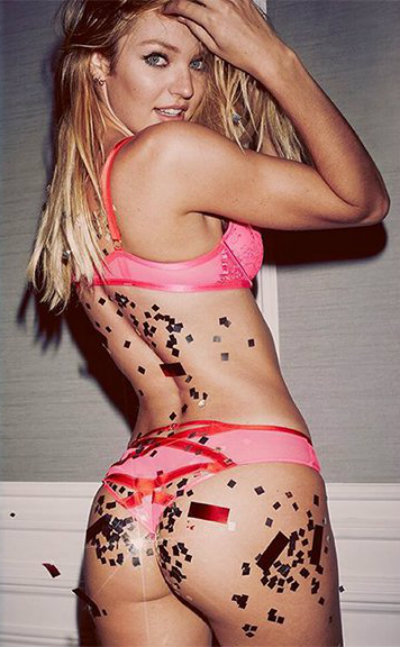 Close readers know it's a tradition to end the year with one last news blast and tribute hottie Candice and her legendary body of work.

Snow and ice are hours away from coming to the Kansas City area.Kansas City metro crews from Lee's Summit to Olathe are preparing for what could be a busy time. "It's an all hands on deck kinda deck situation," said Cody Kennedy, chief communications and marketing officer for Olathe.

KANSAS CITY, Mo. - As people head out for New Year's Eve Friday night, COVID-19 has forced another area restaurant to close and because of that, owners are banding together. "It is really tough because of COVID," Pirate's and Bone restaurant owner Jasmine Thompson said Friday.

A medical group representing most hospitals in the St. Louis region expressed disappointment Friday in Gov. Mike Parson's decision to allow Missouri's pandemic state of emergency order to expire, saying it removes flexibility that helped hospitals treat the onslaught of COVID-19 patients.The Republican governor on Thursday announced he was letting the pandemic-related state of emergency expire as of the end of December.

'Praying for a miracle': Bill Self asking for prayers for former Jayhawk after crash

LAWRENCE, Kan. - Former Kansas basketball player Gethro Muscadin was taken to Stormont Vail Hospital in Topeka after a car crash in Osage County, Kansas Thursday morning. Muscadin was the passenger in a vehicle that was southbound on the Kansas Turnpike when it went off the road, rolled multiple times, and came to a rest in the fence line, according to the Kansas Highway Patrol.

Kevin Umaña is originally from Los Angeles and moved to New York after art school to be part of the art scene there. Over the last decade, his work has been featured in exhibitions both nationally and internationally. But it wasn't until the pandemic happened that he made the decision to move to the Midwest and begin curating his own art shows.

Candice Swanepoel sizzles on the high seas in white bikini

Supermodel Candice Swanepoel sure knows how to make her Instagram followers miss the hot summer months. The blonde beauty from South Africa was seen posing on the high seas as she enjoyed a sailing trip in new images shared this week.

WHO chief gives New Year speech: 'If we end inequity, we end the pandemic'

The World Health Organization (WHO) Director-General Tedros Adhanom Ghebreyesus said Friday he was confident the pandemic will end in 2022 "if we end inequity" and spread vaccine wealth, urging nations to better cooperate on battling the coronavirus. In a New Year's address, Tedros said the tools were available to end the pandemic as the world enters its third year of the pandemic.


Hope For The Future

WELLINGTON, New Zealand (AP) - Good riddance to 2021. Let 2022 bring fresh hope. That was a common sentiment Friday as people around the world got ready to welcome in the new year. In many places, plans for New Year's Eve celebrations were muted or cancelled for the second straight year due to a surge of coronavirus infections, this time driven by the highly contagious omicron variant.

With little time to get out, hundreds of Colorado residents lose their homes in a ferocious wildfire

A vicious wildfire that began Thursday morning in Boulder County, Colorado, swallowed about 1,600 acres in a matter of hours, burning hundreds of homes and prompting orders for some 30,000 people in two communities to evacuate.

South Africa Says Its Omicron Wave Is in Retreat

The South African government said a wave of Covid-19 caused by the Omicron variant is in retreat, while new data from the U.K. added to evidence that it is less likely to cause severe disease than earlier versions of the virus.

China is using part of its internal internet surveillance network to mine data from Western social media and provide its government agents with information on foreign targets, The Washington Post reported on Friday.Reviewing hundreds of Chinese bidding documents, contracts and company filings, the Post reported that China's public opinion analysis software - used to detect politically sensitive information online - was also being used to collect...

Maxwell conviction increases scrutiny of other women who worked for Epstein

The conviction of Ghislaine Maxwell on sex-trafficking charges this week has increased the scrutiny of others who worked for or socialized with disgraced financier Jeffrey Epstein for years, and their knowledge of the pair's activities. Attention has largely focused on prominent male associates of Epstein, including Prince Andrew, who faces a civil suit brought by Virginia Roberts Giuffre.

Germany shuts down half of its 6 remaining nuclear plants

BERLIN -- Germany on Friday is shutting down half of the six nuclear plants it still has in operation, a year before the country draws the final curtain on its decades-long use of atomic power. The decision to phase out nuclear power and shift from fossil fuels to renewable energy was first taken by the center-left government of Gerhard Schroeder in 2002.

The Arrowhead Pride staff weighs in on the Chiefs-Bengals game...

All but one of Arrowhead Pride's contributors picked the Kansas City Chiefs to prevail over the Pittsburgh Steelers in Week 16 - but while one of our staffers did call for a blowout, most thought it would be a close game.

With the opening of Price Chopper, the renovation of Wornall Village Shopping Center at 85th and Wornall is now complete, according to Matt Kaushal, Vice President of Real Estate for the Tutero Group, which owns the property. "We're very excited," says Kaushal. "Price Chopper did a great job.


Perfect Village Works It Out

The former Macy's in The Shops of Prairie Village will house Genesis Health Clubs. Onelife Fitness had plans to open its second Kansas City location at 4000 W. 71st St., where Macy's operated until its closing in early 2020. Now, Wichita-based Genesis Health Clubs will pick up where Onelife left off with the location.

Whether you want to party early in the day, stay on the dance floor all evening long, enjoy a low-key masquerade or fae ball, or celebrate on a different night, you'll find the perfect Kansas City New Year's Eve celebration in our ultimate New Year's Eve guide.

Temps will fall Friday night ahead of winter storm

Hide Transcript Show Transcript LAWRENCE. YOU'RE AT 54. OKAY NOW TIMELINE FOR TODAY AND THROUGH THE EVENING LOOKS LIKE GOING TO BE DROPPING INTO THE FREEZING POINT AREA BY MIDNIGHT, BUT AGAIN PRECIPITITAON NOT EXPECTED UNTIL AFTER 3 AM. HERE'S FUTURESCAN. HERE'S THE CLOCK.