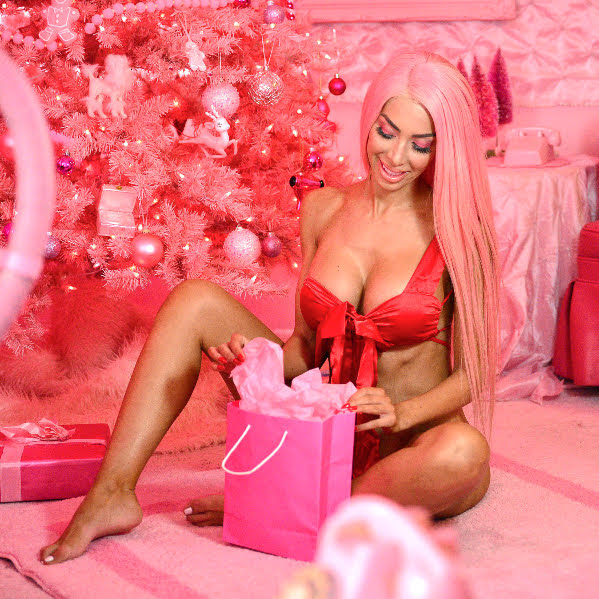 Right now we start off the news day with the body of work from a classic reality/pr0n hottie and then cover pop culture, community news and top headlines.

KANSAS CITY, Mo. - A Kansas City woman and her employees have been permanently banned from operating a charity after a Jackson County judge ruled that they had scammed people out of thousands of dollars by falsely claiming to be building them homes.

'Soul of Jazz' exhibit opens Friday at American Jazz Museum Disney's regional jazz exhibit, "The Soul of Jazz: An American Adventure," will open at the American Jazz Museum on Friday, Dec. 10. Visitors will be joined by Joe Gardner - the musician, mentor and teacher from Disney and Pixar's "Soul" - on a tour as they discover the rich and surprising history [...]

If her life hadn't been in danger in Afghanistan, Sina Baha wouldn't be in Kansas City. "Under normal circumstances, no one wants to leave their homes, their jobs, their family and move to an unknown land," she says. Baha's father was an officer in the army under the nation's republican government, participating in a plot to overthrow the new Communist government.

KANSAS CITY, Mo. - Two Kansas City area groups are asking the community to help make sure every child gets a gift for the holidays. Brothers Liberating Our Communities (BLOC) and Kaye's Learning Corner are hosting a toy drive. They particularly need toys and coats for kids under the age of 10.

CP Shareholders Back $31B Purchase of Kansas City Southern

Farrah Abraham 's return to the 'Teen Mom' franchise promises to be nothing short of dramatic and, apparently, punchy too ... so says the OG herself. We got FA in L.A. talking about the new spinoff she's part of, "Teen Mom: Family Reunion" which is set to premiere next month.

Chinese and Russian state media are working in overdrive to denigrate the Biden administration's Summit for Democracy taking place this week, calling the project hypocritical.

Democrats hold power in the House, Senate and White House for the first time in more than a decade, yet the high-profile defense bill got more GOP votes than from Biden's own party. As progressive lawmakers made their dissatisfaction with the bill's high price tag clear, centrist Democrats knew they needed Republican support to pass the House and Senate.

'Killing the middle class': millions in US brace for student loan payments after Covid pause

ennifer Rae Wilson, a social worker and single mother of three children in Richland, Washington, has struggled with student loan debt since she went back to school and graduated in 2000 - more than two decades ago. Struggling to raise three boys with very little child support, Wilson decided to attend college 10 years after graduating high school to improve her career prospects.

Former Secretary of State Hillary Clinton has revealed for the first time parts of the victory speech she would have delivered if she had won the 2016 presidential election. Clinton read excerpts of the speech as part of an upcoming episode for MasterClass, a streaming platform that features prominent people offering their views and advice.

A troubling buildup of Russian troops on the Ukrainian border has Kyiv, Washington, and pretty much everyone else asking if Russia is about to invade Ukraine - again. The US and its allies, including Ukraine, are trying to forestall that scenario, most recently in a two-hour video call Tuesday between President Joe Biden and Russian President Vladimir Putin.

The House voted 428-1 on Wednesday to pass a bill that would ban all imports from the Chinese region of Xinjiang unless the U.S. government determines that the products were not made with forced labor. Why it matters: Both the Trump and Biden administrations, as well as several foreign parliaments, have recognized China's repression of Uyghurs and other Muslim minorities in Xinjiang as genocide.

Opinion | Will Carrie stay with Big? Honestly, who cares.

Will Carrie and Big stay married? The much-anticipated revival of the "Sex and The City" franchise, " And Just Like That..." brings 10 new episodes to HBO Max in December that may or may not answer the biggest outstanding questions about the series' iconic on-again, off-again couple.

Selling sex is highly dangerous. Treating it like a regular job only makes it worse | Sonia Sodha

ast Monday, James Martin was sentenced to four and a half years in jail for killing Stella Frew. They had argued in his van, then he accelerated away with her hanging off its side, eventually running Frew over, causing her catastrophic injuries. Martin sped away with her handbag in the van, which he later dumped.

Vote for you favorite gingerbread house in Habitat for Humanity fundraiser

OVERLAND PARK, Kan. - KSHB 41 news reporter Charlie Keegan built a television station (complete with a broadcast antenna) out of gingerbread for Truman Heritage Habitat for Humanity's annual "Gingerbread Homes for the Holidays" fundraiser . From Dec. 9 to Jan. 7, people can vote with their wallets for their favorite gingerbread house.

Record Executive From KC Rejected the Beatles, Scrambled to Get Back

In the early 1960s Kansas City native Dave Dexter Jr., as a record company executive, held the first right of refusal to sign the Beatles in the United States. He rejected them. Here's the story of how he scrambled to get them back.

What other desserts do you offer? The most popular has been my Saturn Sammie, which is a Croque Glacé. It's basically a brioche roll that's cut almost in half and stuffed with ice cream and then put into a hot machine that presses and seals the edges of the sandwich while caramelizing them a bit, leaving the creamy ice cream inside as a filling.

Be prepared. The stalwart scouting motto applies across disciplines - even to rock 'n' roll. But preparation takes different shapes in different seasons. Often, Kansas City blues dynamo Samantha Fish prepares the next record while touring the last one, writing on the road, in hotel rooms. When the pandemic slammed the breaks on the live-music industry, Fish found herself with nothing but time and a guitar on her hands.

Windy and warmer for your Thursday! Partly cloudy skies along with highs near 60 are expected this afternoon. Another warm day is on the way for Friday ahead of cooler air heading into the weekend. Right now, skies look to stay mostly dry the next 5-7 days.

Billboard #1 in 2001, Nickelback - How You Remind Me is the song of the day and this is the OPEN THREAD for right now.