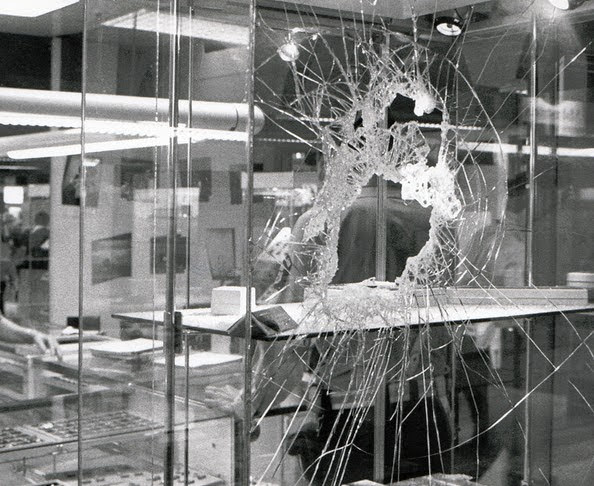 There's an uptick in local thefts but our local media is struggling to name the organized crime spree activity.

Turns out local journalists can't use the term "looting" because it's racist.

I like the new moniker because "grab & run" kinda sounds like ruthless organized thieves are just ordering pizza. It's playful and doesn't suggest the downfall of Western Civilization whatsoever.

In the Kansas City metro, thieves don’t always smash glass to steal instead groups of people work together to “grab-and-run.”

“They may just storm a store. Grab what they can grab and leave,” Detective Overland Park Police Department Byron Pierce said. “Others may go in a little bit more organized. We call it distraction theft.”

OVERLAND PARK, KS -- Investigators in Kansas and Missouri are cracking down on shoplifters who often travel in groups to raid retailers. It's a crime that is happening around the country. In California and Illinois, surveillance videos show brazen "smash and grab" organized retail crimes.