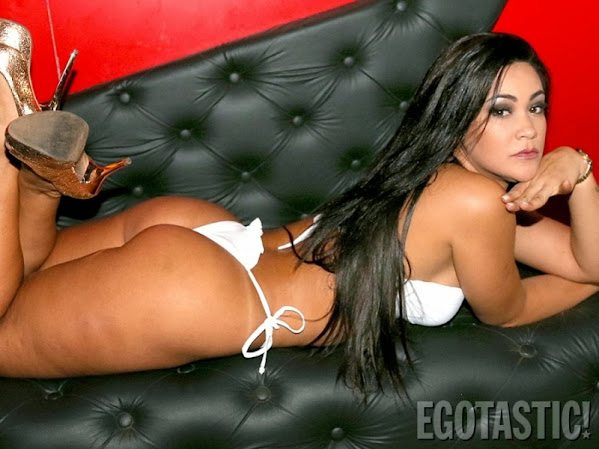 Right now we remember hottie Tati, retire her old school goodness for the purposes of this blog and take a peek at pop culture, community news and pop culture.

MISSION, Kan. - The first two months of the new year are the slowest months of the year for small businesses, which is why they rely on the holiday rush to help them stay afloat. But the impact of the global pandemic continues to trickle down, and for some Kansas small businesses, the supply chain crisis got in the way of making money.

Trailer: The Filter Ep. 3 Teaser on Time and Projects

In episode four, Ieshia Downton and Vicky Diaz-Camacho look at how belief systems are shaped and how misinformation sprouts in politics and the most recent public health crisis. Here’s a taste of what you’ll hear when the episode drops on Dec. 29.

Tati Neves' press tour continues. The Brazilian model and bodybuilder who filmed Justin Bieber sleeping in bed last week is quoted extensively in a new interview with British tabloid The Sun - in which the 27-year-old claims that, yes, she and Bieber, 20, slept together, and provides intimate details of their alleged tryst.

Rep. Pramila Jayapal, the chair of the Congressional Progressive Caucus, penned an op-ed published on Sunday urging President Biden to use "executive action" to "make clear to those who hinder Build Back Better that the White House and Democrats will deliver for Americans."

In this daily series, Newsweek explores the steps that led to the January 6 Capitol Riot. At 5:30 a.m. on December 25, Christmas Day, a large mobile home detonated on a deserted stretch of 2nd Avenue North in downtown Nashville, Tennessee, nearly collapsing one building and damaging 41 others, shattering windows and sending shrapnel into the early morning street.

Russia President Vladimir Putin Vladimir Vladimirovich Putin Putin to ponder options if West fails to meet demands regarding Ukraine Ukraine president, US lawmakers huddle amid tensions with Russia Thousands of Russian troops withdrawing from Ukraine border: report MORE said he will ponder a slew of options if Western powers fail to meet his demands for security guarantees as NATO expands to Ukraine, The Associated Press reported .

As 2021 comes to an end, it's the perfect time for reflection. And let's be frank: Many of us wish the people in our lives would reflect on their communication skills. These days, there are some embarrassingly outdated buzzwords and clichés that make everyone want to scream.

It is no secret that the Oscars are decided upon by a coastal cabal of predominantly old white men who dictate their emails. That's why male vets, attractive young women, and sentimentalist fare like keep taking home the gold. The Academy that votes on the Oscars is also comprised of people in Hollywood who are total suckers for self-worship.

The result of those whirlwind efforts is a café that is bright and comfortable with white walls, large street-facing windows and a number of large houseplants that add life to the space. Sorge refers to it as "comfortable, L.A. chic." The restaurant seats about 35 diners at custom-made natural wood tables.

it was another week - and another big win for the Kansas City Chiefs. The 36-10 domination of the Piitsburgh Steelers - a team thought to be a contender - was even more impressive, considering that it was played without many of the team's starters due to COVID-19.


Another Peek At This Week

Cloudy, breezy and warmer today. Temperatures will soar into the low 60s this afternoon despite the clouds and slight chance of rain. Any rain that develops will be very light, almost a drizzle in some spots by midday into the early evening hours. Little to no accumulation expected.

Alok & Steve Aoki - Typical is the song of the day and this is the OPEN THREAD for right now.