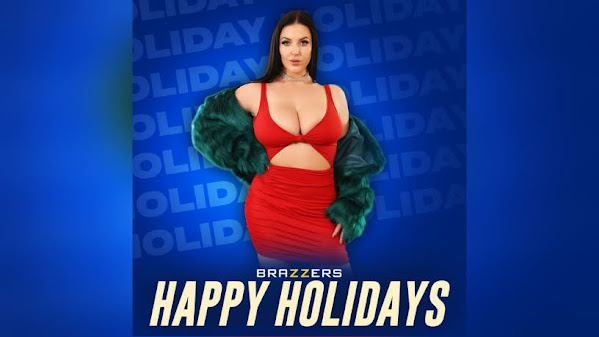 Right now we pay just a bit of tribute to pr0n promo along with our peek at pop culture, community news and top headlines . . .

Kansas City Chiefs head coach Andy Reid met with the media over a Zoom conference call on Monday , less than 24 hours after the team's 36-10 blowout win over the Pittsburgh Steelers.

There's a new special agent in charge of the FBI field office in Kansas City, Missouri. On Monday he spoke to the media for the first time since taking over the role.Special Agent in Charge Charles Dayoub sat down with KMBC to talk about his priorities for Kansas City.Dayoub is new to both Kansas City and the Midwest."I'm really honored to be here," Dayoub said.

Long road to recovery for Kansas ranchers after wildfires

PARADISE, Kan. (AP) - Ranchers in western Kansas have begun to recover from the deadly wildfires that torched their land earlier this month, but they acknowledge it will be a long process. Two men died and the Kansas Forest Service estimates that around 163,000 acres of land were burned on Dec.

by: Ashleigh Jackson Posted: / Updated: ST. LOUIS - The Missouri State Highway Patrol has completed its investigation of the St. Louis Post-Dispatch after Gov. Mike Parson accused the newspaper of "hacking" an educator database.

KANSAS CITY, Mo. - A B-2 stealth bomber from the Whiteman Airforce Base in Missouri will flyover the Rose Bowl on Saturday in Pasadena, California. U.S. Air Force Capt. Kyle Cassady, who's one of the pilots, has ties to the Rose Bowl game.

Angela White Tweeted About Dogecoin and Its Value Skyrocketed 125 Percent

By Mustafa Gatollari Jan. 3 2021, Published 11:23 a.m. ET Even if you're completely oblivious to the minutiae of the cryptocurrency market, then there's probably a good chance you've heard of Bitcoin and all of the sudden millionaires who ended up becoming richer than their wildest dreams could've ever prognosticated with a modest startup investment.

President Biden 's administration continued to show its difficult relationship with the press on Monday. Biden took calls from governors to discuss ongoing efforts to combat rising COVID-19 cases due to the new omicron variant. After speaking with the governors, Biden addressed White House Coronavirus Response Coordinator Jeffrey Zients as to whether the governors had questions.

Congressman Bennie Thompson, the chairman of the House select committee investigating the Capitol attack, has said the panel will open an inquiry into Donald Trump's phone call seeking to stop Joe Biden's certification from taking place on 6 January hours before the insurrection.

Kamala Harris' warning about American credibility was a truth bomb

Vice President Kamala Harris issued a dire warning about the state of U.S. democracy on Sunday, saying the United States is at risk of losing its standing in the world if Congress doesn't pass legislation protecting voting rights in the coming year.

Bangkok - Photos of the aftermath of a Christmas Eve massacre in eastern Myanmar that reportedly left more than 30 people, including women and children, dead and burned in their vehicles, have spread on social media in the country, fueling outrage against the military that took power in February.

From 3 January, the Greek government will require bars and restaurants to close by midnight and tables will be limited to six customers. Venues will not allowed to cater for standing customers, and if they do not comply, music will be banned in those establishments, the Reuters news agency reported.


State Of Pandemic So Far

President Joe Biden on Monday pledged to support governors struggling with the omicron variant of Covid-19, but acknowledged the states will need to take the lead in controlling the pandemic. Speaking just before a meeting with some of the nation's governors, Biden said: "There is no federal solution.

Big Tech's Next Monopoly Game: Building the Car of the Future

Indeed, the smartphone wars are over, and Google and Apple won. Now they - and Amazon - are battling to control how you operate within your car. All three see autos as the next great opportunity to reach American consumers, who spend more time in the driver's seat than anywhere outside their home or workplace.

Men across the nation are engaging in acts of "love" toward their partners by receiving vasectomies as a form of protest against the controversial Texas abortion law. Dr. Koushik Shaw at the Austin Urology Institute in Texas informed the Washington Post he has seen a 15% increase in men coming in for scheduled vasectomies.

After dimming the lights last year, Kansas City entertainment venues are ready to welcome back guests for New Year's Eve celebrations"It seems like people are real excited to go out and do something," said Lucy Rieger, brand director at J.

This week is Trash Amnesty Week

KCMO residents may set out up to 12 bags of trash curbside for no charge December 27-31 on their regular trash day during the city's annual trash amnesty week following Christmas. Plastic trash bags must weigh no more than 40 pounds each and must not contain leaves and brush or hazardous waste.

When Jill Cockson opened the Chartreuse Saloon in November, she faced a small crisis: Missouri was in the middle of a chartreuse shortage thanks to the supply chain domino effect brought on by the pandemic. Now she has a now has a chartreuse stash­ and top-notch cocktails.

KANSAS CITY, Mo. - Two months ago the Kansas City Chiefs' season was on life support, and the possibility of taking the AFC's top spot according to prediction site 538 was less than 1% after losing 27-3 to the Tennessee Titans.

Hide Transcript Show Transcript YES, INDEED. WE HAVE A MOSTLY CLEAR SKY RIGHT NOW. CODY BUTT I IS GOING TO BECOME COMPLETELY OVERCAST BY LATER TONIGHT ASE W HAVE ANOTHER SYSTEM ROLLING THROUGH 43 DEGREES RIGHTOW N THE FIRST SYSTEM THAT CEAM THROUGH WAS A FRONT THAT CAME THROUGH IN THE MIDDLE OFHE T NIGHT DRY.