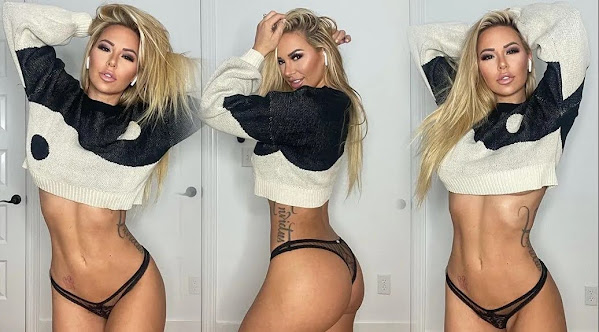 Right now we share Kindly greetings for the holidays and a truly impressive body of work along with checking pop culture, community news and pop culture . . .

by: Heidi Schmidt Posted: / Updated: KANSAS CITY, Mo. - It's a short week for the Chiefs as the team gets ready to face the Chargers at SoFi Stadium in Los Angeles Thursday night, and the team received some bad news.


History Achieved In The Dotte

Tyrone Garner sworn in as mayor of KCK

The first Black mayor for the Unified Government of Wyandotte County/Kansas City, Kansas was sworn into office on Monday.When Mayor Tyrone Garner entered the room, excitement took over. This was a celebration of the man voters worked to put in office."Wyandotte County you made this happen," Garner said.

INDEPENDENCE, Mo. - An Independence father is grieving the sudden loss of his son who was shot and killed over the weekend. Family have identified Avonte George as the 16-year-old shot inside a home Saturday. He died later at the hospital. "This isn't fair," Antwonne George, Avonte's dad, said.

Blue Valley COVID-19 cases on the rise, no changes in any policies

There's a record number of COVID-19 cases in the Blue Valley School District.Out of its 22,000 students, the district reported 111 cases in the first week of December. Most of the cases were students. At Monday's board of education meeting, parents and a student went back and forth on policies.

Boulevardia is back for one night of pop-up fun

by: Heidi Schmidt Posted: / Updated: KANSAS CITY, Mo. - Boulevardia is still months away, but organizers want to give you a taste of the fun to help you get into the holiday spirit. The festival is hosting a winter pop-up party Tuesday, Dec.

Kindly Myers heats up Instagram with her latest photos! The 36-year-old Playboy model took to Instagram today and added three sizzling snaps that thrilled her 3.1 million followers. She wore a tantalizing ensemble that showcased her impressive figure. See it below.

A bombshell dropped in Monday night's Jan. 6 committee hearing when it was revealed that Donald Trump Jr.-along with Fox News stars Sean Hannity and Laura Ingraham-begged White House Chief of Staff Mark Meadows to get the president to make a national address and halt the Capitol riot.

WASHINGTON, Dec 13 (Reuters) - The U.S. Air Force on Monday said 27 service members had been discharged for refusing to receive a COVID-19 vaccine, the first active-duty troops believed to have been removed for declining the vaccine.

Omicron is spreading fast. That's alarming even if it's mild

The Omicron variant of coronavirus is spreading quickly in several countries where it has hit. Even if it causes only mild disease -- and that's far from certain -- that's alarming.

Amazon is facing questions over health and safety policies at a warehouse in the US state of Illinois after six workers died when the building was destroyed by a tornado. "This never would have happened if they cared about lives over productivity," the sister of one of the victims commented on social media.

Derek Chauvin, the former Minneapolis police officer who was convicted in April on state murder charges for killing George Floyd, is scheduled to appear at a change of plea hearing Wednesday in the federal civil rights case against him, according to court documents.

Federal Emergency Management Agency Administrator Deanne Criswell laid blame on climate change for the deadly tornado outbreak over the weekend, claiming such disasters will be the "new normal" from now on. "This is going to be our new normal," Criswell said during an appearance on CNN Sunday.

Mr. Big Is Alive! Inside Peloton's 'And Just Like That' Ad With Ryan Reynolds

HBO had no input into the viral " And Just Like That" Peloton ad that was released over the weekend. Neither did series creator Michael Patrick King. So says Ryan Reynolds, who spearheaded the ad through his Maximum Effort marketing company.

The Pharaoh movie theater on the Independence Square says it is dealing with a supply-chain issue."People are dying to get back in here," said Cindy McClain, of The Pharaoh Cinema.McClain said that almost 30 years of running this movie theater has been a dream come true.She said that it is

KANSAS CITY, Mo. - The days after a devastating natural disaster are often considered 72 hours of chaos. But help is on the way for those affected by the deadly tornadoes that hit the Midwest and mid-South on Friday night.

KANSAS CITY, Mo. - Her roots may be in Hays, Kansas, but Teresa Boos is gifting Kansas City with handmade cold weather gear. "It just was kind of fast and furious, and we just wanted to do something positive in the middle of so much heartache and heartbreak going on," Boos said.

KANSAS CITY, Mo. - Two weeks after a local mother had her car stolen, she got some disappointing news. Her once-reliable car was found, but stripped of all its value. "They had told me they found it on Gregory and Oldham Road, which was the very next exit from where my car was parked," Dalynn Moore said.