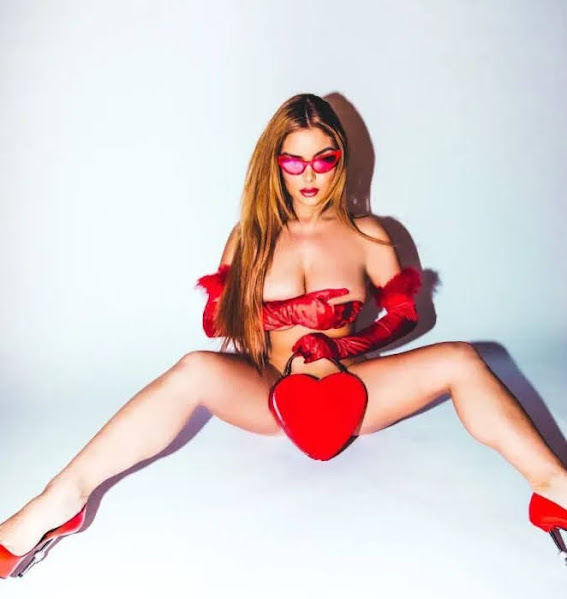 Right now hottie Demi and consideration of her body of work inspires our peek at pop culture, community news and top headlines.

Some KC stores struggle with stock as shipping delays continue

Kansas City-area stores are still feeling the pinch of the pandemic. Some businesses are folding, others struggle to get shipments on time.Snowboards are back in stock at Flatlanders Ski & Snowboard in Mission, Kansas."This has been the worst year as far as shipping goes," said Aileen Chellis, owner of Flatlanders Ski & Snowboard.A shipment of 20 boxes arrived three months late.

Gun thefts from parked cars in Kansas City have increased 19% this year and police blame the relaxation of state gun laws. In 2021, 613 guns were stolen from vehicles, compared with 498 in 2020, Capt. Sean Hutcheson said in a presentation to the Kansas City Police Board on Dec.

KANSAS CITY, Mo. - Two UMKC men's basketball games were canceled Tuesday due to COVID-19 issues within the Roos' program. The Roos were scheduled to play the Omaha Mavericks at 7 p.m. on Thursday. In addition, they were also scheduled to play the University of Denver Pioneers on Saturday.

Hide Transcript Show Transcript Alright, so, um, as far as injuries go, Um, Clyde is really the only one that, um, I didn't practice today. Everybody passed our Covid that's on the, the active roster.

KANSAS CITY, Mo. - From cruise ships, to airplanes, Kansas City travel advisors say more people are planning getaways despite the uncertainty with COVID-19. "The demand for vacations is fabulous, the risk is perhaps greater than it's ever been to make a mistake," said Mark Comfort, with Cruise Holidays and Comfort Tours.


Bowing Out Of The Dotte

KANSAS CITY, MO (KCTV) -- The Kansas City, Missouri Health Department says they will only be offering vaccines by appointment through Jan. 7. The health department says that this is due to "staffing shortages." They ask that people call 311 or visit kcmo.gov/covid to schedule an appointment.

Demi Rose, 26, has taken to Instagram with eye-popping photos showing off a busty new outfit. The model and influencer hit fans with a racy selfie earlier today as she showcased her new hair. The model showed off a silky, low-cut black dress, as she posed seductively.

Biden and Putin to speak again at 'moment of crisis'

"We are in a moment of crisis and have been for several weeks now given the Russian build-up," the official said, adding: "It will take a high level of engagement to address this and to try to find a path of deescalation."

The 10 Republicans most likely to run for president

The 2024 presidential election may still be three years away, but Republicans have already begun to jockey for their places in the primary. Former 's repeated hints that he could mount another bid for the White House remains perhaps the biggest obstacle for other would-be contenders.

A federal judge has refused to dismiss an indictment charging four alleged Proud Boys leaders with conspiracy and obstructing an official proceeding during the 6 January attack on the US Capitol - a development that could have potential implications for Donald Trump.

Jen Psaki called out a clip of Biden seeming to say states had to deal with COVID-19 on their own, saying it was misleadingly edited

White House press secretary Jen Psaki called out a video of Biden discussing COVID-19. She said a clip of him saying "there is no federal solution" to COVID-19 was misleadingly edited. Psaki tweeted: "Sometimes context and the full clip is important (or almost all the time)."

After appearing on "Tucker Carlson Tonight," conservative radio talk show host Jesse Kelly is now under fire for controversial comments deemed by critics as racist, sexist and homophobic. How it started: Carlson took a swing at Adm. Christopher Grady, who was appointed vice-chairman of the Joint Chiefs of Staff on Dec.

The World Health Organization warned Wednesday that new coronavirus variants could emerge during the pandemic that render the current vaccines useless. "As this pandemic drags on, it's possible that new variants could evade our countermeasures and become fully resistant to current vaccines or past infection, necessitating vaccine adaptations," WHO Director-General Tedros Adhanom Ghebreyesus said at a press conference in Geneva.

PARIS, Dec 29 (Reuters) - France is seeing a "tsunami" of COVID-19 infections, with 208,000 cases reported over the past 24 hours, a new national and European record, Health Minister Olivier Veran told lawmakers on Wednesday.

'The Fuse Has Been Blown,' and the Doomsday Glacier Is Coming for Us All

One thing that's hard to grasp about the climate crisis is that big changes can happen fast. In 2019, I was aboard the Nathaniel B. Palmer, a 308-foot-long scientific research vessel, cruising in front of the Thwaites Glacier in Antarctica. One day, we were sailing in clear seas in front of the glacier.

KANSAS CITY, Mo. - Eileen Weir has served as the mayor of Independence, Missouri, since 2014. But before her time in politics, she worked for the Kansas City Chiefs. From 1992 until 1999, Weir worked in the team's public relations department, managing media relations.

SOURCE: File image Kansas State said its men's basketball game Wednesday night against North Florida has been canceled because of COVID-19 related issues within the Ospreys' program.The game will not be rescheduled. People who bought tickets to the Wednesday game will receive additional information from the K-State Athletics Ticket Office via email.The Wildcats' next home game will be with No.

KANSAS CITY, Mo. - The Chiefs weren't the only ones celebrating at Arrowhead Stadium after their win over the Pittsburg Steelers. A Kansas City couple also tied the knot during the game. While the Chiefs clinched the AFC West, Jordyn Burnidge and Chad Clauser took a leap of their own - exchanging vows on the GEHA Drum Deck.

Unique map designed to get people outdoors in Kansas City

KANSAS CITY, Mo. - A new map of the Kansas City area is helping families beat the winter blues while learning more about the city they love Jeremy Collins was raised in Lee Summit and started to design the Kansas City Map of Outdoor Pursuits and Nature Education at the beginning of the COVID-19 pandemic.

More than 100 trucks will be outfitted with an electronic tablet, which will track their progress using location data.

Mostly cloudy, much colder for your Wednesday

Your Wednesday is going to be a cold one. With mostly cloudy skies, highs will only reach the mid-30s.

Modest Mouse - Back to the Middle is the song of the day and this is the OPEN THREAD for right now.