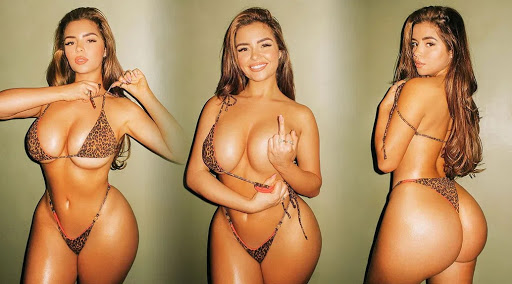 Right now we're cool with hottie Demi throwing us a curve and a bit of shade as we gather community news, pop culture and top headlines . . .

WASHINGTON - They will be making a stop at Kansas City’s T-Mobile Center on March 5. The band will also perform in Wichita, Kansas in April..

JEFFERSON CITY, Mo. (AP) - Missouri Gov. Mike Parson and state legislative leaders have agreed on a financial framework for the upcoming budget that assumes state revenues will grow to a record amount.

by: Rebekah Chung Posted: / Updated: TOPEKA, Kan. - Hospitalizations in Kansas are on the rise as coronavirus cases in the state increase. Health officials in the state say that hospitals are under pressure, as they struggle with staffing shortages and try to keep up with influx of patients.

JEFFERSON CITY, Mo. (AP) - A new cross-state recreational trail is a step closer to completion after Missouri announced on Tuesday that it was accepting ownership of an old railroad corridor that can be converted into a park.

Demi Rose, 26, flashes peachy bottom as she goes nude in an eye-popping dress

Demi appeared almost goddess-like as the bombshell posed up a storm in the Joshua Tree, National Park. Soaking up the California sunshine, the Instagram model penned a candid message, in view of her 18.7 million followers. She wrote: "The earth is what we all have in common," followed by a shooting-star emoji.


MAGA Must Hand Over Dox

A Trump-appointed judge dismissed a lawsuit filed by the former president that was seeking to prevent the House Ways and Means Committee from publishing his tax returns.


Veep Still Out Of Ideas

Analysis: Kamala Harris can't think of anything she would do differently?

In an interview with the San Francisco Chronicle's Tal Kopan, which was clearly designed as a pushing of the "reset" button, it's what Vice President Kamala Harris didn't say that may be the most telling.

Tucker: Liz Cheney is lying to you about Jan. 6

If you live in Manchester, New Hampshire, first of all, congratulations, it's a really nice place. But second, we thought we'd give you an explanation for what you may have just seen. So if you live there and last month, you thought you saw Liz Cheney wandering around downtown Manchester, no, you were not hallucinating.

Omicron spreading rapidly in U.S. and could bring punishing wave as soon as January, CDC warns

Top federal health officials warned in a briefing Tuesday morning that the omicron variant is rapidly spreading in the United States and could peak in a massive wave of infections as soon as January, according to new modeling analyzed by the Centers for Disease Control and Prevention.

U.S. study suggests COVID-19 vaccines may be ineffective against Omicron without booster

NEW YORK, Dec 14 (Reuters) - All three U.S.-authorized COVID-19 vaccines appear to be significantly less protective against the newly-detected Omicron variant of the coronavirus in laboratory testing, but a booster dose likely restores most of the protection, according to a study released on Tuesday.

The House passed legislation on Tuesday to create a special office within the State Department to combat Islamophobia globally, as Democratic leaders sought to find a way to unify their party against anti-Muslim hatred while stopping short of progressives' calls to remove Rep. (R-Colo.) from committees for her attacks on Rep.

Brain surgeons and rocket scientists are no smarter than the rest of us: study

The legendary brains of doctors, scientists and engineers are no different than those of any other lowly profession - they just do the work. A study of nearly 400 scientific and medical professionals has revealed that stereotyped smartypants - i.e.

Grammy-winning singer Billie Eilish has spoken about an addiction to watching pornography, starting at age 11, and how it gave her nightmares and messed her up when she started dating. Eilish, who turns 20 on Saturday, was speaking on the Howard Stern Show on Sirius XM radio on Monday.

Courtesy Sean Logan. Hamburger Mary's Kansas City will host a special promotional event, Wednesday, December 15, for the new series And Just Like That..., an upcoming Sex and the City sequel-spinoff from HBOMax. Seating will start at 6:30 p.m., followed by bingo at 7 p.m., "with drag performances and other surprises to follow".

copyShortcut} to copy Link copied! Justin N. Antoniotti, who since July 2020 has served as president and general manager of WGAL-TV, Hearst Television's market-leading NBC affiliate serving the Lancaster-Harrisburg-Lebanon-York, Pennsylvania, television market, has been named president and general manager of KMBC-TV and KCWE-TV, Hearst's ABC and CW affiliates, respectively, serving the Kansas City television market.Antoniotti, who will start in Kansas City on Jan.

The Kansas City Art Institute (KCAI) will be led into the future by Ruki Neuhold-Ravikumar, who is the acting director of Cooper Hewitt, Smithsonian Design Museum located in New York City. KCAI is a four-year college of fine arts and design, founded in 1885.

This is the 11th year of the Elite Comics superhero shopping spree for families at Kansas City's Children's Mercy Hospital.Elite Comic store owner, William Binderup doesn't wear a cape, but he has got some serious superpowers of his own.


Local Booze News U Can Use

Your friends at Tap List have decided to do something a little different for the upcoming holidays. Cassie Niemeyer, our local beer enthusiast, has volunteered her palette to taste test six local whiskeys. Her challenge was to determine which whiskey is the most unique, best in a cocktail and her all around favorite.

Scorpions - Wind Of Change is the song of the day and this is the OPEN THREAD for right now.