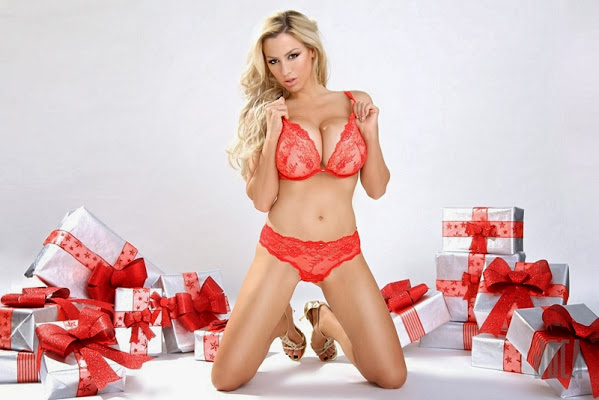 This morning hottie Jordan and her hot take on holiday consumerism inspires this peek at pop culture, community news and top headlines.

KANSAS CITY, Mo. - A Kansas City, Missouri church that was robbed three months ago was hit again this past Sunday. But this time the thief was caught on tape and the church needs the public's help identifying him.

KANSAS CITY, Mo. - New details are unfolding concerning the victims of a firetruck crash in Westport last week. The family of one victim spoke to FOX4 about the details of that night. Relatives of 41-year-old Tami Knight describe her as a caring and funny person.

Missouri Auditor Nicole Galloway faces accusations by a state agency that she impermissibly disclosed confidential information in an audit of former Attorney General Josh Hawley in 2020. The Missouri State Board of Accountancy filed a complaint on Dec. 15 requesting permission from the Missouri Administrative Hearing Commission to take disciplinary action against Galloway.


Fight Against The Skim

by: Heidi Schmidt Posted: / Updated: KANSAS CITY, Mo. - If you're hitting the road and traveling this holiday season, there's a simple trick to protect yourself from thieves. It's also something the Clay County, Missouri Sheriff is warning about after a county employee fell victim.

OnlyFans star: 'My fake breasts poisoned me and I thought I was dying'

With warning for unvaccinated, Biden lays out plan to fight surging Omicron

U.S. President Joe Biden announced on Tuesday more federal vaccination and testing sites to tackle a surge in COVID-19 driven by the Omicron variant, and said 500 million free at-home rapid tests will be available to Americans starting in January.

Bill O'Reilly: I Had to Console Trump After MAGA Fans Booed Him for Getting Vaccine Booster

Bill O'Reilly has revealed that he had to console Donald Trump after he was booed by his own supporters for getting a vaccine booster shot. Trump told MAGA fans that he'd had his COVID-19 booster during Sunday's final stop on the "History Tour" he co-headlined with the disgraced ex-Fox News star.

Dr. Anthony Fauci on Tuesday said that Fox News host Jesse Watters should be fired for using violent language at a conservative conference to encourage attendees to ambush him in hopes of creating a viral moment.

President Biden and congressional Democrats are getting less done in Washington than a plurality of voters expected, according to a new poll. Meanwhile, a separate poll released this week shows Biden's approval rating reaching the lowest point of his presidency.

Death rates for Americans ages 15 and older rose sharply in 2020, hitting Black and Hispanic Americans the hardest, according to a report released Wednesday by the Centers for Disease Control and Prevention.

Dec 20 (Reuters) - The following is a summary of some recent studies on COVID-19. They include research that warrants further study to corroborate the findings and that has yet to be certified by peer review.

Dr. Alina Chan has seen her work called a " farce" by the New Republic and "goofy" by Texas A&M head of biology Benjamin Neuman. China's government-run Global Times newspaper maintained that she had "filthy behavior and a lack of basic academic ethics." Readers of the article noted Chan's Chinese heritage and called her a "race traitor."

KIM Kardashian's boyfriend Pete Davidson is "nervous" about a run-in with her ex Kanye West at her family's Christmas Eve bash after the rapper was also invited, The Sun can report. The new couple have been spending a lot of time together amid her divorce, and were spotted in Los Angeles on Tuesday after a steamy weekend together in his native Staten Island, New York.

by: Brianna Lanham Posted: / Updated: KANSAS CITY, Mo. - Kansas Citians are simple and safe when it comes to their taste in grocery items. Price Chopper, a Kansas City-based grocer, tallied annual sales across its 52 locally owned stores to find out what foods Kansas City area residents purchased the most this year in six different categories: ice cream, beer, soda, snack, produce and steak.


Housing Hobos In The Cold

KANSAS CITY, Mo. - No matter what, there is always a seat at the table at Shelter KC and City Union Mission in Kansas City, Missouri. "We are an emergency crisis shelter," Eric Burger, executive director at Shelter KC said.

Retired teacher crochets gifts of warmth for thousands of children

KANSAS CITY, Mo. - It's rare to see Joni Brown without crochet hooks and yarn in her hand. "There are actual mornings where I wake up and I think, 'I can't wait to crotchet,'" Brown said. "You know, brush my teeth, get dressed and just start crocheting."

When Boggie Otgonbayar and her husband, Johnny Chen, had the chance to purchase Mr. D's Donut Shop from Johnny's godparents in October 2018, they jumped on the opportunity to take over Shawnee's classic doughnut shop on 75th street.

Hide Transcript Show Transcript NINE-DAY FORECAST SO YOU'LL KNOW FIRST. THIS IS FIRST ALERT WEATHER. LARA: WTHA IS CRAZY IS IF PEOPLE HAVE AN OUTDOOR WEDDING IN THE NEXT TWO DSAY --HERE IN KANSAS CITY. BRYAN: I'M GLAD YOU SAID THAT. KEY:LL I HOPE WE GET A COUPLE DAYS TO TAKE THE DECORATIONS DOWN.

Pentatonix - Over The River is the song of the day and this is the OPEN THREAD for right now.