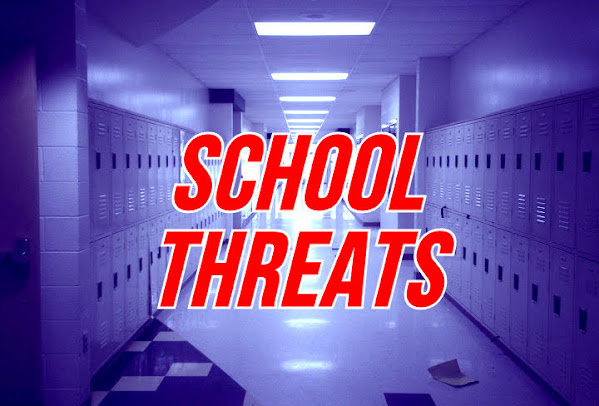 Tonight's sign of the times and a glimpse of the NEXTGEN indulging in a common adult practice: Sending unreasonable and dangerous ultimatums online.

Check today's reports for those who haven't seen them already . . .

KANSAS CITY, Kan. - There have been at least 19 threats of violence to Kansas City area schools since October, and five just this week in Kansas City, Kansas. For parents it's an inherent fear. "I'm just scared. I mean, I don't know what am I gonna do as a parent," said Camille Brown, whose daughter attends Schlagle High School in KCK.

KANSAS CITY, Mo. - A Lee's Summit middle school is the latest area school to receive a threat of violence. Tuesday night, Summit Lakes Middle School families received a letter from the school detailing the incident. A threat was found written in a school bathroom Tuesday.