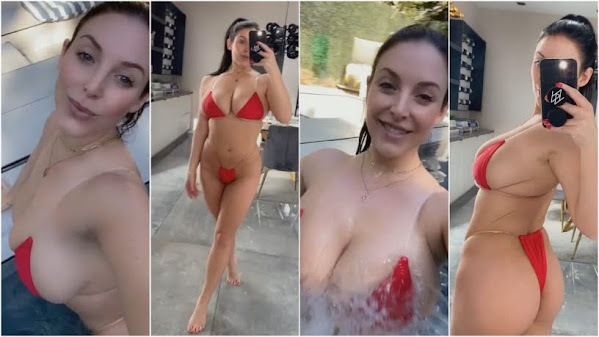 Swordfish Tom's is a pre-prohibition style speakeasy in the Kansas City Crossroads. Like countless other businesses in the Kansas City area, the COVID-19 pandemic forced it to shut its doors for what owner Jill Cockson thought would be a 15-day closure.

The Shawnee Mission school district (SMSD) has called an emergency board meeting on January 3 at 5 pm to discuss overturning their decision on December 13th that made masks optional for middle and high school students. Nothing has been posted to the district website, but The Sentinel is told that public comment will not be allowed.

KANSAS CITY, Mo. - Missouri Gov. Mike Parson announced Thursday the state's COVID-19 related State of Emergency will expire and not be renewed Dec. 31. The declaration was first issued March 13, 2020, and has been extended five times since.

As the U.S. ends its second calendar year of the COVID-19 pandemic, KCUR wanted to hear from members of the greater Kansas City community about their experiences and reflections. During the pandemic, mental health counselor Mercedes Mora had to switch to conducting therapy sessions online. Now, she's returned to some in-person sessions with masks.

On December 15th, 2021 Missouri State Parks formerly accepted ownership of the old Rock Island line, rail banking and protected it for future development into a new cross-state trail from Windsor to Beaufort, MO. BikeWalkKC has been involved in advocating and fundraising for this project since 2018, as part of Missourians for Responsible Transportation (MRT), a collaboration with Missouri's local bike/ped nonprofits.

Biden hopes for Ukraine de-escalation in call with Putin

President Joe Biden will speak Thursday with his Russian counterpart Vladimir Putin in the hopes of defusing an unremitting crisis on Russia's border with Ukraine.

The congressional committee probing the Jan. 6 riot asked the Supreme Court on Thursday to reject former President Donald Trump's request to shield his White House records from investigators. "Although the facts are unprecedented, this case is not a difficult one.

Prince Andrew in the spotlight after Ghislaine Maxwell conviction

Prince Andrew was barely mentioned in the course of British socialite Ghislaine Maxwell's sex trafficking trial in New York. But the fact jurors found her guilty on five of six counts related to her role in Jeffrey Epstein's sexual abuse of minor girls can hardly be good news for the UK royal.

WSJ editorial mocks auto manufacturers getting 'double-crossed' by Biden admin: 'Hard not to get a chuckle'

The Wall Street Journal editorial board is poking fun at traditional automotive manufacturers for allowing themselves to be "double-crossed" by the Biden administration over new fuel-economy standards.

The omicron-fueled surge that is sending COVID-19 cases rocketing in the U.S. is putting children in the hospital in close to record numbers, and experts lament that most of the youngsters are not vaccinated. "It's just so heartbreaking," said Dr. Paul Offit, an infectious-disease expert at Children's Hospital of Philadelphia.

French officials report over 206,000 cases; number of people to die from Covid in eastern Europe has reached 1 million people


Holy Land Hit With Next Dose

TEL AVIV (AP) - Israel has approved a fourth vaccine dose for people most vulnerable to COVID-19, an official said Thursday, becoming one of the first countries to do so as it braces for a wave of infections fueled by the omicron variant.

Written by Jeevan Ravindran, CNN A Māori journalist has made history in New Zealand by becoming the first person with traditional facial markings to host a primetime news program on national television. Oriini Kaipara made headlines worldwide after hosting her first 6 p.m.

For some, approaching middle age can feel daunting. After getting most of the way through her forties, Jen Mann figured she'd dodged the midlife slump many people go through. But as Mann entered her late forties, something changed.

"A lot of vegan food can come off standoffish and bougie, but we like to prepare it in a homey, comfort food sort of way," said Olive Cooke, describing how Cauldron Collective tries to make its dishes approachable - and the spaces where it serves them welcoming.


NYE According To Public TV

For anyone willing or able to get out of the house this New Year's Eve, there are parties everywhere - family-friendly and otherwise. Stay safe out there. Noon. Roll into the new year with the entire family - well ahead of bedtime.


Something Winter This Way Comes

A winter storm watch has been issued for the Kansas City region this weekend.The watch will be in effect from late Friday night through Saturday evening.Here's how to sign up for custom weather alerts in KMBC 9 News appThe National Weather Service said widespread wintry precipitation is expected across the Kansas City region.

Billboard #1 in 1991 (Everything I Do) I Do It For You - Bryan Adams is the #TBT song of the day and this is the OPEN THREAD for right now.