Tonight all of Kansas City witnesses a civic milestone.

The Kansas City LGBT Commish is marking their one year anniversary and their commitment toward a more inclusive and equitable local discourse. 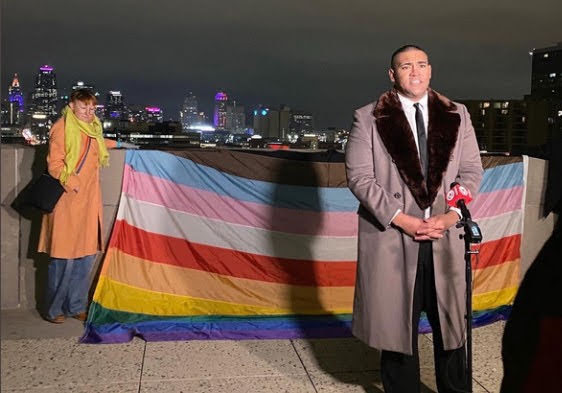 For those who don't know about the group . . . Here's a glimpse at the rising stars: 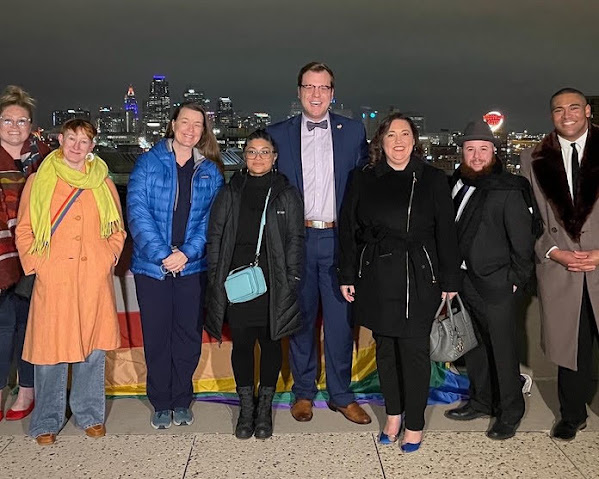 A quick glimpse at their mission statement by way of 12th & Oak:

"This Commission is the first of its kind in the state of Missouri and will further empower the LGBTQ+ community with a focused seat at the table in local government. Kansas City, Missouri Mayor Quinton Lucas will appoint seven members who specialize in policies such as housing, public safety, health care and education, as well as six members from each district to provide a geographically diverse voice for the LGBTQ+ community in legislative actions from City Hall."

Accordingly, the tribute by way of the Kansas City skyline holiday decoration is a big deal and, as we've noted previously, their growing influence reveals that this group is, in fact, part of the mainstream discourse and represents the NEXTGEN of local leadership.