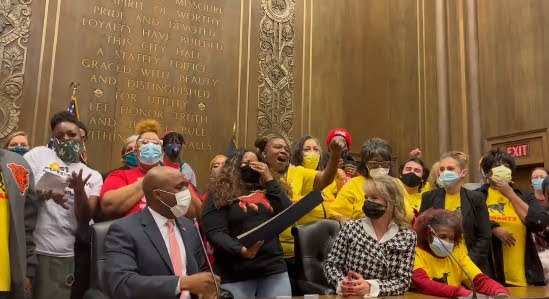 Kudos to Pete Mundo for comparing a KC Tenants clip to a hostage crisis.

Kansas City Mayor Quinton Lucas signed the ordinance into city law Monday morning, less than two weeks after the city council approved it. The ordinance guarantees renters the right to legal representation for people facing eviction by their landlord. It will be fully implemented by June 2022.

"Today we heard from those who have been directly impacted by eviction proceedings. Having heard these stories over the past months, the answer was clear. We have to provide housing stability and impose equity in an imbalanced system. Housing is a basic human right, and society demands we protect it,” Councilwoman Andrea Bough, the ordinance’s lead sponsor, said.