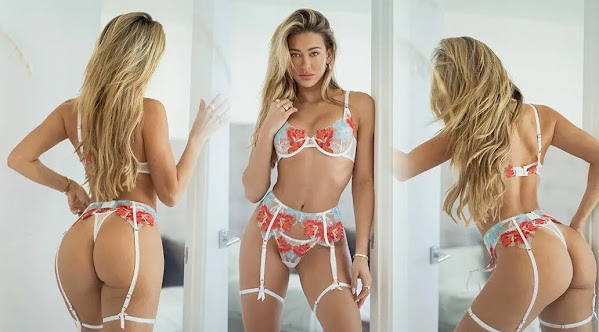 KANSAS CITY, MO (KCTV) -- A months-long strategy to avoid a holiday logjam worked out for the U.S. Postal Service this holiday season, despite swirling worries about supply chain issues and a 2020 holiday season the federal service would just as soon forget.

Several development seeds Amazon.com Inc. planted throughout the Kansas City metro sprouted in 2021, bolstering the online retail giant's ranks among area employers with thousands of new jobs. Amazon opened four area facilities between May and September - two apiece on each side of the state border.


Police Ask For TIPS After Crash

A Kansas City bus driver is happy to see students back in school: 'It makes the time go by faster'

As the U.S. ends its second calendar year of the COVID-19 pandemic, KCUR wanted to hear from members of the greater Kansas City community about their experiences and reflections. If you've hopped on a bus around the campus of University of Missouri-Kansas City recently, you might have caught a ride with Maxine Mitchell.

OVERLAND PARK, KS (KCTV) -- A local track coach has been struggling for months with COVID and might need a lung transplant because of it. Tom Lester was sitting in a recliner in his ex-wife's Overland Park home Thursday afternoon.

KANSAS CITY, Mo. - A Northland family is counting their blessings after their truck flipped on the highway, and nobody was hurt. Now, the family is searching for four Good Samaritans who stopped to help. Brandon Ford swears by his Chevy truck, "Old Red." "I'm just glad she still runs," Ford said.

Five shootings the week of Christmas made 2021 one of the deadliest years in Kansas City history. As of Friday morning, there had been 157 homicides in Kansas City, Missouri, making 2021 second only to 2020 when there were 182 homicide victims. The Star reported 244 homicides metro-wide.

Her fans loved the share, and the post received over 19,900 likes within one hour. "You look strong and confident," one fan wrote. "Wow your attitude is so amazing," another follower chimed in, including a heart eyes emoji in the compliment. "So gorgeous!!!!" yet another added, followed by a string of flame emoji.

Retired general warns the U.S. military could lead a coup after the 2024 election

As the anniversary of the insurrection at the U.S. Capitol approaches, three retired U.S. generals have warned that another insurrection could occur after the 2024 presidential election and the military could instigate it. The generals - Paul Eaton, Antonio Taguba and Steven Anderson - made their case in a recent Washington Post Op-Ed.

After attempting to dunk on the "Let's Go Brandon" fans, disgraced CBS anchor Dan Rather faced a dunking of his own. Late Wednesday night, Rather tweeted out his take on the popular "Let's Go Brandon" phrase that has been used as a rebuff against President Biden. "#LetsGoBrandonReallyMeans 'You can't handle the truth," Rather wrote.

Democratic Rep. Alexandria Ocasio-Cortez has fled her virus-ravaged state for Miami Beach, Florida, where she was seen raising a class over dinner with her boyfriend Riley Roberts. The face of the progressives in her party appeared fine with having a maskless meal, despite staunchly supporting mask and vaccine mandates that the state is known to forego.

Russia's top diplomat has warned the west that its "aggressive" approach to Ukraine and threat of sanctions could force Moscow to "eliminate unacceptable threats to our security", after a high-stakes conversation between Vladimir Putin and Joe Biden failed to deescalate the crisis.

A Kansas City writer seeks answers about the 'mysterious' author of the Mr. and Mrs. Bridge books

Steve Paul went to New Mexico, on a sort of pilgrimage. His was not a spiritual journey or one to gather pieces of his own past. It was an attempt to discover information about a fellow Kansas City writer who had long seemed unknowable. The year was 2018, five years after Evan S.

KANSAS CITY (KSNT)- After leading the Kansas City Chiefs to a 4-0 record in December, quarterback Patrick Mahomes was named the AFC Offensive Player of the Month. Mahomes threw for 1,110 yards, 8 touchdowns on 68.5% completion during the month which helped the club secure a spot in the playoffs and a sixth consecutive AFC [...]

A beloved baseball coach at a Kansas City university died this week from COVID-19.Daryl Cronk, 46, was more than just a talented musician. He was also a former professional baseball player and head baseball coach at Avila University."He could play the mandolin. He can play the guitar.

If you have a larger party, consider one of the shareable punches served in impressively large-cut glass drink dispensers. Filled with ice, flowers and fruit, each cocktail is mixed and served to the table with matching rocks glasses. Choose from Spiced Sangria, Party Potion or The Ma'Homes made with Knob Creek bourbon, pomegranate, fresh lemon and Champagne.

Some post-COVID Chiefs still working toward 100% for Bengals game

Over the weekend, the Kansas City Chiefs went into their Week 16 game against the Pittsburgh Steelers with eight players unable to play after testing positive for COVID-19. Meanwhile, other Chiefs players - like wide receivers Tyreek Hill and Josh Gordon, cornerback Charvarius Ward, linebacker Willie Gay Jr.

Mary J. Blige - Amazing is the song of the day and this is the OPEN THREAD for right now.