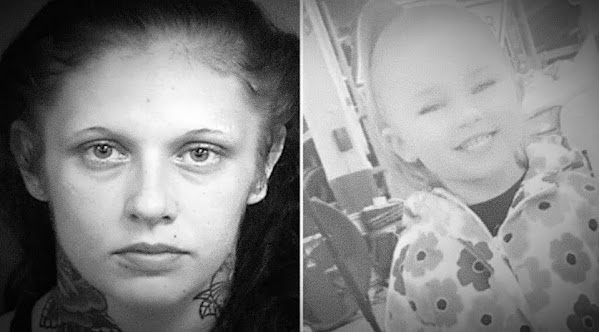 For close readers we share really depressing follow-up to a soul-crushing report along with more deets about police action, court cases and news from tonight . . . And, as always, we attempt to finish with a bit of hope.

KANSAS CITY, KS (KCTV) -- A woman who pleaded guilty for the death of Olivia Jansen learned her fate inside an emotional courtroom Monday afternoon. Jacqulyn Kirkpatrick was sentenced to 376 months, a little more than 31 years, with credit for time served.

WARNING: Details in this story may be considered graphic to someJacqulyn Kirkpatrick has been sentenced for murder in the 2nd degree, in the death of 3-year-old Olivia Jansen. She was also sentenced for one count of child abuse and two counts of interference with a law enforcement officer.Kirkpatrick pleaded guilty to the crimes back in early November.

KANSAS CITY, Kan. - A Wyandotte County judge sentenced a woman to more than 31 years in prison for her role in the death of her boyfriend's 3-year-old daughter. Jacqulyn Kirkpatrick was sentenced to 376 months, or 31 years and 3 months, in prison in total on Monday in the death of Olivia Jansen.

KANSAS CITY, Mo. - A Kansas City man has been convicted of illegally selling 15 guns, including some that have been linked to shootings. Federal prosecutors said 27-year-old Mickael Oliver will face at least seven years in prison when he is sentenced.

KANSAS CITY, Mo. - A Kansas City man was sentenced to 18 years in federal prison for a robbery attempt that ended in a gunfight at a Grandview, Missouri, car lot. Lyndale E. Watson, who also goes by "Red, "Blood," and "Stoni Blud," pleaded guilty to attempted robbery and carrying a firearm in July.

Organ donation is turning a fatal road rage incident into new life for seven people.HCA Midwest is honoring 19-year-old Christopher Hutson Jr. on Monday night for choosing organ donation."He was a ball of energy. He was a loving kind, funny person. He could get along with anybody, any race, any age," Hutson's brother Desmond Hutson said.

KANSAS CITY, Mo. - A stranger's act of kindness is helping a pregnant Kansas City mother-in-need get a new set of wheels for her family. Dalynn Moore's car was stolen after leaving it on I-435 following a flat tire. Police found her car a few days later, but her car was no longer drivable, stripped of all major parts.