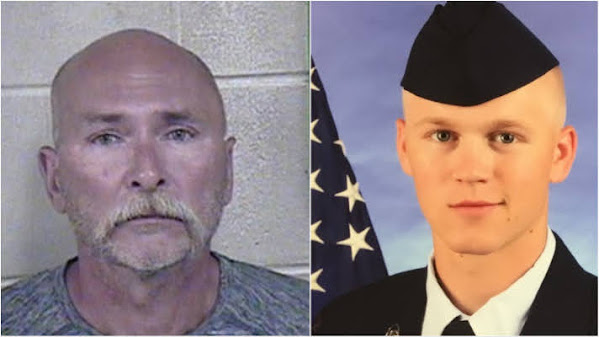 We start this TKC collection with the aftermath of an exceptionally tragic story and then consider police action, other court cases and more ALLEGED metro misdeeds.

KANSAS CITY, Mo. - A man who stabbed a member of the Missouri Air National Guard to death was sentenced to two consecutive life sentences. A Jackson County judge Friday sentenced Nicholas M. Webb, 61, of Pleasant Hill, Missouri, according to a news release from the Jackson County Prosecutor's Office.

A Pleasant Hill, Missouri, man will spend consecutive life sentences in prison for the road rage stabbing of a National Guardsman in 2018.A Jackson County, Missouri, judge sentenced 61-year-old Nicholas M. Webb to life in prison for second-degree murder in connection with the death of Cody M.

A Jackson County jury has awarded $350,000 to a former Saint Luke's Health System nurse after finding the hospital network retaliated against her for raising concerns about age and sex discrimination. Glenda Blackburn, now 68, managed a primary care practice in the Northland for Saint Luke's until she left in May 2017.

KANSAS CITY, Mo. - For the second time, the family of Ryan Stokes is heading to appeals court. This week, a panel of three judges heard their arguments in the 8 th circuit court of appeals in St. Louis.

Police departments in several U.S. cities with the highest crime rates reported workforce shortages heading into the final months of 2021, as forces wrestle with the challenges of both bolstering and retaining their forces. In most cases, the shortfall did not occur suddenly, but instead demonstrates a rising trend that police departments across the nation have identified over the last several years.


Kansas warns of illegal contractors in wake of storm damage

KANSAS CITY, Mo. - The Kansas Attorney General's office released a consumer alert Thursday that urged residents to be aware of illegal contractors in the wake of damaging storms and fires that took place across the state Wednesday night.

"We'd like to think the people come home and get a fresh start but, that's really just not the case. There's so many barriers, there's so much stigma, and they really need a chance and more opportunity," said Kyle J. Benson Smith, Executive Director of Determination, Inc.