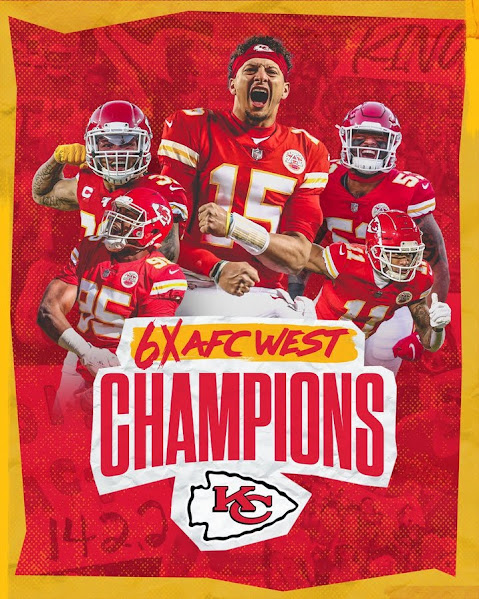 This evening somebody replaced the Steelers with a team of hapless imposters who suffered complete domination by the constantly rebounding Kansas City Chiefs.

We'll roundup the damage of a sloppy game that still solidifies the legacy of a Kansas City football dynasty in the making . . .

For the second straight week, the Kansas City Chiefs had a COVID-impacted roster - but unlike their last game, they had no trouble overcoming it. They throttled the Pittsburgh Steelers 36-10, scoring on the first four possessions and holding Pittsburgh without points until late in the third quarter.

KANSAS CITY, Mo. - The first two Kansas City Chiefs drives of the game vs. the Pittsburgh Steelers resulted in touchdowns. Offensive play combined with a stifling defense aided the Chiefs to a 36-10 victory over the Steelers on Sunday.

KANSAS CITY, Mo. - Chiefs fans braved the strong winds Sunday morning for the last home game of the season. Tailgaters expressed confidence going into the game despite some of the team's best players being on the COVID-19 reserve list .


Byron Pringle on Mentality That Led to Career Day: 'Just Go In and Grind'

When the Kansas City Chiefs had both Travis Kelce and Tyreek Hill on the reserve/COVID-19 list earlier in the week, the question arose as to who would step up in their absence. Even after Hill cleared protocols in time to play on Sunday against the Pittsburgh Steelers, that question largely remained.

The Kansas City Chiefs took care of business in Week 16, defeating the Pittsburgh Steelers 36-10. As a result, they've become the first AFC team to punch their ticket to the playoffs and they solidified their place as AFC West division winners for the 2021 NFL season.