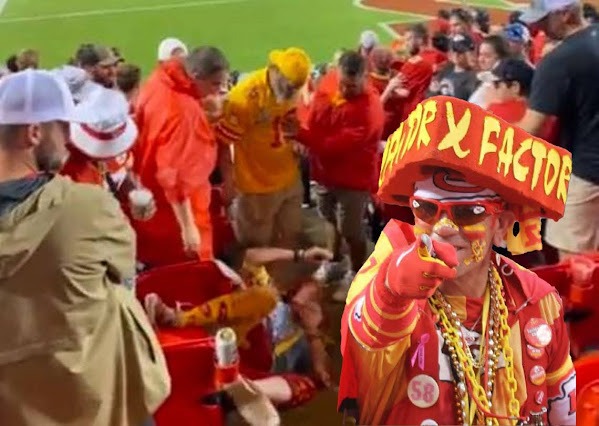 But more than anybody else X-factor defines Kansas City's existential struggle for 2021.

X-factor bought into municipal propaganda and attempt to make it his own.

When times were good he was celebrated and even honored for his enthusiasm.

But a losing streak and hard times hit Kansas City and things quickly changed. Arrowhead grew more angry, fans were less tolerant and nobody was in the mood for an "extreme" cheerleader.

A former friend turned rival knocked him out and he was banned from an activity that seemingly occupied a very important place in his life.

Now he's on the outside looking in as his team seems headed for glory once again.

Neither his love nor his dedication was enough keep him out of trouble or even garner a bit of mercy from fans who had formerly cheered him on . . .

In the end he's not even a footnote in the history of a team that he probably spend THOUSANDS of bucks supporting.

Most locals deride his shenanigans but maybe, just maybe their disdain is evoked because they can see a bit of themselves in his tragic yet all-too-common story.